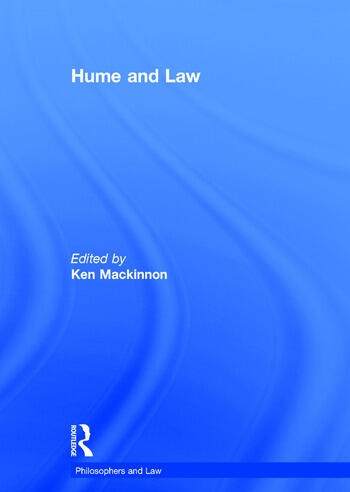 There has been a huge upsurge in Hume research over the past thirty years. However, one area that has not received its due share of attention is David Hume's legal thought where the research has been fragmented and often un-championed. This volume - the first collection of essays in English to focus on Hume's legal ideas - celebrates the diversity of Hume's contributions to jurisprudence. Topics are as varied as legal causation, theories of punishment and of property, contract, and legal obligation. Hume's notorious assertion of the artificiality of justice is discussed and the articles are supplemented by a bibliography of law-related articles on Hume. The juxtaposing of these topics brings out the - often unappreciated - coherence of the theory that underlies them, anchoring law firmly in Hume's overall epistemology and empiricist methodology. Hume's key insight that law and legal institutions develop contextually but naturally from conventions, driven by the human condition, is a particularly modern one. And it is one, as these essays reveal, that opens up a huge potential for further research - by philosophers, social scientists, and jurists.