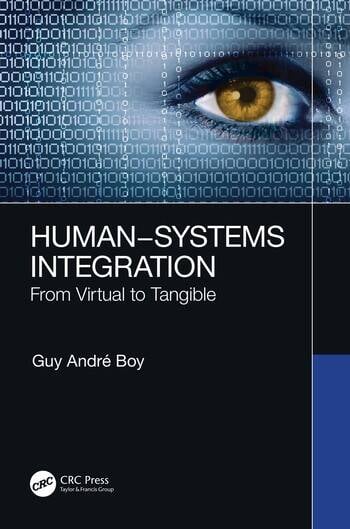 This book is an attempt to better formalize a systemic approach to human–systems integration (HSI). Good HSI is a matter of maturity… it takes time to mature. It takes time for a human being to become autonomous, and then mature! HSI is a matter of human–machine teaming, where human–machine cooperation and coordination are crucial. We cannot think engineering design without considering people and organizations that go with it. We also cannot think new technology, new organizations, and new jobs without considering change management.

More specifically, this book is a follow-up of previous contributions in human-centered design and practice in the development of virtual prototypes that requires progressive operational tangibility toward HSI. The book discusses flexibility in design and operations, tangibility of software-intensive systems, virtual human-centered design, increasingly autonomous complex systems, human factors and ergonomics of sociotechnical systems, systems integration, and changed management in digital organizations.

The book will be of interest to industry, academia, those involved with systems engineering, human factors, and the broader public.

Guy A. Boy, Ph.D., is Professor at CentraleSupélec (Paris Saclay University) and Chair of ESTIA Science Board, Fellow of the Air and Space Academy and Chair of the Human-Systems Integration Working Group of International Council on Systems Engineering (INCOSE). He was University Professor and Dean, School of Human-Centered Design, Innovation and Art and HCD Ph.D. & Master’s Programs at the Florida Institute of Technology (2009-2017), and a Senior Research Scientist at the Florida Institute for Human and Machine Cognition (IHMC). He was Chief Scientist for Human-Centered Design at NASA Kennedy Space Center (2010-2016). He was member of the Scientific Committee of the SESAR program (Single European Sky for Air Traffic Management Research) from 2013 to 2016. He was the Chair of the 2012 ISU (International Space University) SSP (Space Studies Program) FIT/NASA-KSC local organizing committee. He was Adjunct Professor at the École Polytechnique in Paris (Comasic Master). He is Board Member of the Complex Systems Engineering Master Pedagogic Committee at Université Paris Saclay. He was the President and Chief Scientist of the European Institute of Cognitive Sciences and Engineering (EURISCO, a research institute of Airbus and Thales). He co-founded EURISCO in 1992, and managed it since its creation to its closing in 2008. Between 1980 and 1991, he worked in artificial intelligence and cognitive science for ONERA (the French Aerospace Lab) as a research scientist, and NASA Ames Research Center as the Advanced Interaction Media Group Lead (1984-1991). Engineer and cognitive scientist, he received his Masters and Doctorate degrees from the Ecole Nationale Supérieure de l'Aéronautique et de l'Espace (ISAE-SUPAERO: The French Aerospace Institute of Technology), his Professorship Habilitation (HDR) from Pierre and Marie Curie’s University (Paris VI), and his Full Professorship Qualifications in Computer Science and Psychology. Boy actively participated to the introduction of cognitive engineering in France and its development worldwide. He was the co-founder in 2004 of the Ecole Nationale Supérieure de Cognitique (ENSC), a cognitive engineering program at the University of Bordeaux. He co-founded the HCI-Aero Conference series. He is the author of more than 200 articles and two text books, Intelligent Assistant Systems (Academic Press, USA, 1991) and Cognitive Function Analysis (Praeger, USA, 1998), the editor the French handbook of cognitive engineering (Lavoisier, France, 2003), and the Handbook of Human-Machine Interaction (Ashgate, UK) in 2011. His most recent books are Orchestrating Human-Centered Design (Springer, UK, 2013) and Tangible Interactive Systems (Springer, UK, 2016). He is a senior member of the ACM-Association for Computing Machinery (Executive Vice-Chair of ACM-SIGCHI from 1995 to 1999) and Chair of the Aerospace Technical Committee of IEA (International Ergonomics Association). 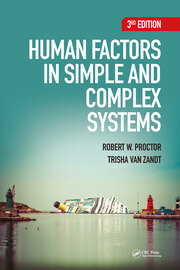 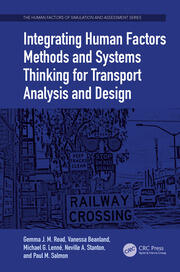 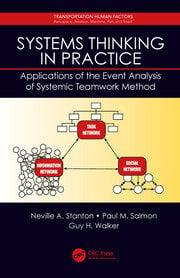 Systems Thinking in Practice: Applications of the Event Analysis of Systemic Teamwork Method