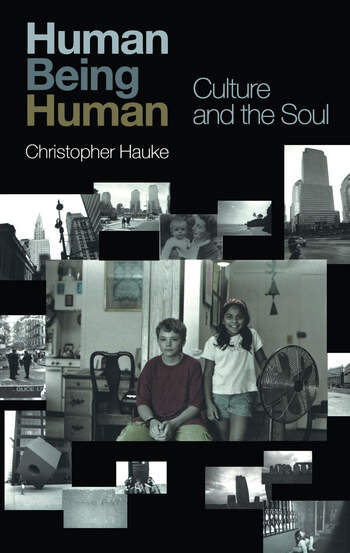 Human Being Human: Culture and the Soul

Human Being Human explores the classical question 'What is a human being?'

In examining our human being, Christopher Hauke challenges the notion of human nature, questions the assumed superiority of human consciousness and rational thinking and pays close attention to the contradiction of living simultaneously as an autonomous individual and a member of the collective community. The main chapters include:

The book is also structured around brief panel essays with a distinctly personal tone, such as: the rise of revulsion: spitting and the stones, what is the double when the original is gone? And 'I lived with the Speaking Clock'. All these themes are amplified by examples drawn from psychotherapy, film, literature and popular culture, and illustrated with many evocative photographs and film stills.

Human Being Human provides an original perspective on what it is to be a human being, the value of popular culture, the relationship between the individual and the collective and our assumptions about truth, reality and power. Written in a highly accessible style, this book is both intellectually and emotionally satisfying and will fascinate anyone interested in contemporary psychology, cultural studies, film and media, social history and psychotherapy.

Introduction: Human Being or 'Human Nature.' Panel I: Siena, Thinking in Opposites. Panel II: The Washing Machine, 'Who's in Charge Here?' Knowledge, Power and Human Being. Panel III: Secrets, Sex and Being Young. Ethics, Difference and Disneyfication. Panel IV: 'I Lived with the Speaking Clock'. That Thinking Feeling. Panel V: What is Wrong with 'Hollywood' Anyway? Making Money and Making Meaning, is Modern Consciousness Different? Modern Consciousness and the Quest for Spirituality. Panel VI: 'Nature Must Not Win the Game.' Racism, Incest and the Split Mind of Modernity: Everyone is Now a Stranger Among Strangers. Panel VII: What is the Double when the Original is Gone? Trauma, Memory and Human Being. Panel VIII: Snapping and Shooting. Endings, the Unconscious and Time. Panel XII: The Rise of Revulsion: Spitting and the Stones. Orpheus, Dionysus and Popular Culture: Jean Cocteau's Orphee - Then and Now. Panel X: 21 Grams. Surviving: A Child Being Human.

Christopher Hauke is a Jungian analyst in private practice, a lecturer at Goldsmiths College, University of London and a film-maker. He is author of Jung and the Postmodern: The Interpretation of Realities and co-editor of Jung and Film: Post-Jungian Takes on the Moving Image and Contemporary Jungian Analysis.

Human Being Human: Culture and the Soul