Bridging the gap between human-computer engineering and control engineering, Human Behavior Learning and Transfer delineates how to abstract human action and reaction skills into computational models. The authors include methods for modeling a variety of human action and reaction behaviors and explore processes for evaluating, optimizing, and transferring human skills. They also cover modeling continuous and discontinuous human control strategy and discuss simulation studies and practical real-life situations.

The book examines how to model two main aspects of human behavior: reaction skills and action skills. It begins with a discussion of the various topics involved in human reaction skills modeling. The authors apply machine learning techniques and statistical analysis to abstracting models of human reaction control strategy. They contend that such models can be learned sufficiently to emulate complex human control behaviors in the feedback loop.

The second half of the book explores issues related to human action skills modeling. The methods presented are based on techniques for reducing the dimensionality of data sets, while preserving as much useful information as possible. The modeling approaches developed are applied in real-life applications including navigation of smart wheel chairs and intelligent surveillance.

Written in a consistent, easily approachable style, the book includes in-depth discussions of a broad range of topics. It provides the tools required to formalize human behaviors into algorithmic, machine-coded strategies.

Yangsheng Xu received his Ph.D. from University of Pennsylvania in the area of robotics in 1989. He has been with the Department of Automation and Computer-Aided Engineering at The Chinese University of Hong Kong (CUHK) since 1997, and served as department chairman from 1997 to 2004. Prof. Xu is currently a chair professor in the department and he was a faculty member at the School of Computer Science, Carnegie Mellon University (CMU) from 1989 to 1999. Prof. Xu’s research interests have been in robotics and human interface, and their applications in service, aerospace, and industry. At first he worked on designing and controling robots for space operations. He also made contributions in human control strategy modeling and applications in real-time control. His more recent efforts have been concentrated on wearable interface, intelligent surveillance, and future space systems. He has been a principal investigator in more than 30 projects funded by both governments and industries. Based on his research work, he has fortunately published over 70 papers in journals, 130 papers in international conferences, and several book contributions and books. He has been serving or served on advisory boards or panels in various government agencies and industries in the United States, Japan, Korea, Hong Kong, and mainland China. He is a fellow of IEEE, HKIE, and IEAS. Ka Keung Lee received his bachelor of information technology and bachelor of engineering (hons.) degrees from the Australian National University (ANU) in 1995 and 1997, respectively. From ANU, he received a full-fee international undergraduate scholarship for the years 1992-1996. He received the master of philosophy and doctor of philosophy degrees from the Department of Automation and Computer-Aided Engineering at The Chinese University of Hong Kong in 2000 and 2004, respectively. Dr. Lee worked in the School of Computer Science of the Australian Defence Force Academy (ADFA) in 1995; was a visiting scholar at the Division of Information Technology of the Commonwealth Scientific and Research Organisation (CSIRO), Australia in 1996; and served as a software engineer in the computer harddisk industry in Hong Kong in 1997-1998. His current research interests include human action modeling, human sensation modeling, intelligent surveillance, and wearable robotics. Currently, Dr. Lee is a postdoctoral fellow in the Department of Automation and Computer-Aided Engineering at The Chinese University of Hong Kong. 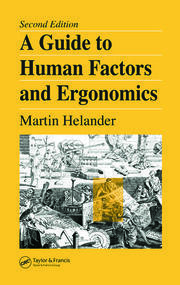 A Guide to Human Factors and Ergonomics 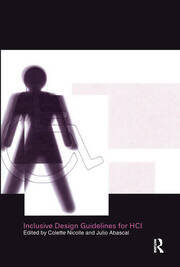 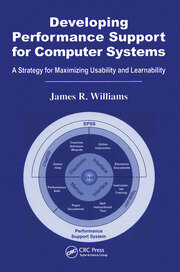 Developing Performance Support for Computer Systems: A Strategy for Maximizing Usability and Learnability