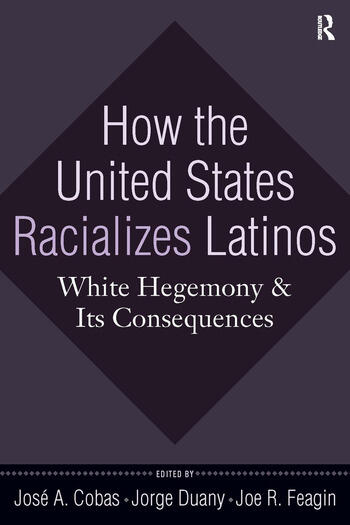 How the United States Racializes Latinos: White Hegemony and Its Consequences

Mexican and Central American undocumented immigrants, as well as U.S. citizens such as Puerto Ricans and Mexican-Americans, have become a significant portion of the U.S. population. Yet the U.S. government, mainstream society, and radical activists characterize this rich diversity of peoples and cultures as one group alternatively called "Hispanics," "Latinos," or even the pejorative "Illegals." How has this racializing of populations engendered governmental policies, police profiling, economic exploitation, and even violence that afflict these groups? From a variety of settings-New York, New Jersey, Los Angeles, Central America, Cuba-this book explores this question in considering both the national and international implications of U.S. policy. Its coverage ranges from legal definitions and practices to popular stereotyping by the public and the media, covering such diverse topics as racial profiling, workplace discrimination, mob violence, treatment at border crossings, barriers to success in schools, and many more. It shows how government and social processes of racializing are too seldom understood by mainstream society, and the implication of attendant policies are sorely neglected.

How the United States Racializes Latinos: White Hegemony and Its Consequences