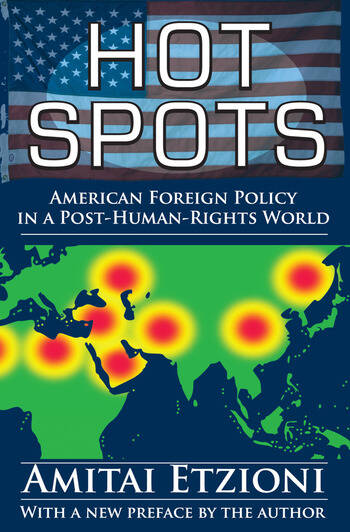 There are important reasons for the distinct yet significant course adjustments in American and Western foreign policy, which currently focuses on Middle Eastern and Chinese "hot spots." In early 2012, the United States "pivoted" to make the Far East its military and strategic first priority, thereby downgrading the Middle East. This change in priorities has been accompanied by a curtailed military budget and the end of the two-war doctrine.

With a new preface by the author, Hot Spots argues that turning toward the Far East is premature and flawed in principle. China can and should be treated as a potential partner in a changing global order, rather than contained and made into an enemy. At the same time, he argues, the true hot spots continue to be in the Middle East, albeit not in Iraq or Afghanistan, but in Iran and Pakistan. Less urgent, but of great importance, are the ways the West deals with a complex and varied Muslim world, with political Islamic parties and social movements, and with future waves of Arab awakening. Here the distinction between security and nation building becomes essential for both normative and strategic reasons.

Part I The China Hedge: First—A Partner?
1. China: Making an Adversary
2. Is China a Responsible Stakeholder?
3. Who Is Violating the International Rules?

Part II Can a Nuclear Iran Be Deterred and Contained?
4. Are Iran's Leaders Rational Actors?
5. Can the US Prevent Iran from Lording over the Middle East?

Part IV Muslims and Arabs: What Makes a Reliable Partner in Peace?
7. Tunisia: The First Arab Islamocracy
8. Illiberal Moderate Muslims Are the Global Swing Vote
9. Should We Support Illiberal Religious Democracies?
10. The Salafi Question
11. Why There Cannot Be a Marshall Plan for the Middle East

Part VI EU: How to Save the Union?
14. Nationalism: The Communitarian Block
15. The Good Life in an Austere Age

Part VII When Are Armed Humanitarian Interventions Justified?
16. The Lessons of Libya
17. The Case for Decoupled Armed Interventions

Part VIII Human Rights Post 2000
18. Life: The Most Basic Right
19. Terrorists: Neither Soldiers nor Criminals
20. Drones: Moral and Legal?
21. Is the Normativity of Human Rights Self-Evident?
22. Pirates: Too Many Rights?