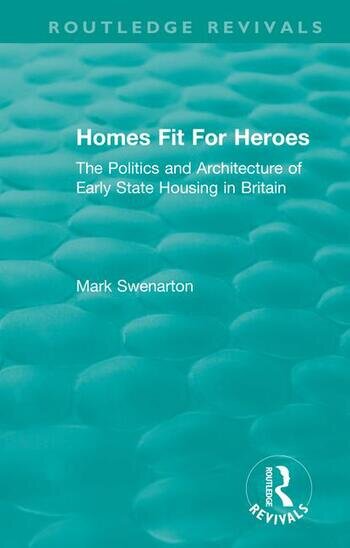 Homes Fit For Heroes: The Politics and Architecture of Early State Housing in Britain

Homes fit for Heroes looks at the pledge made 100 years ago by the Lloyd George government to build half a million ‘homes fit for heroes’ – the pledge which made council housing a major part of the housing system in the UK. Originally published in 1981, the book is the only full-scale study of the provision and design of state housing in the period following the 1918 Armistice and remains the standard work on the subject. It looks at the municipal garden suburbs of the 1920s, which were completely different from traditional working-class housing, inside and out. Instead of being packed onto the ground in long terraces, the houses were set in spacious gardens surrounded by trees and open spaces and often they contained luxuries, like upstairs bathrooms, unheard-of in the working-class houses of the past. The book shows that, in the turbulent period following the First World War, the British government launched the housing campaign as a way of persuading the troops and the people that their aspirations would be met under the existing system, without any need for revolution. The design of the houses, based on the famous Tudor Walters Report of 1918, was a central element in this strategy: the large and comfortable houses provided by the state were intended as visible evidence of the arrival of a ‘new era for the working classes of this country’.

1. The Legacy of the Garden City Movement

5. A New Standard for State Housing

6. The Cabinet and the Housing Campaign

7. The Ministry and the Housing Campaign

8. House-Building in London and York 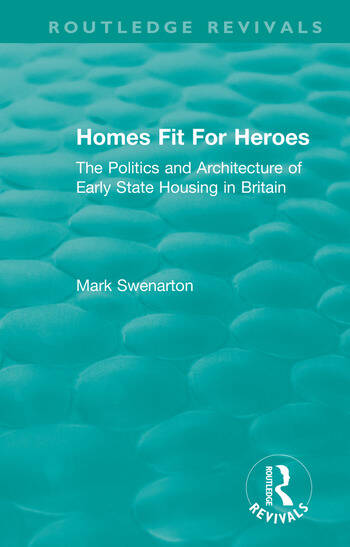 Homes Fit For Heroes: The Politics and Architecture of Early State Housing in Britain