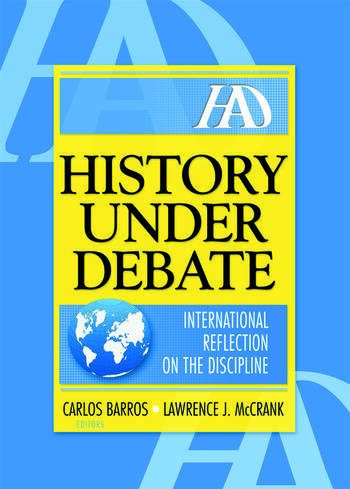 History Under Debate: International Reflection on the Discipline

Examine new trends in the writing of new history—and what they mean to information science!


History has been devalued, causing a lack of career prospects for historians, a decrease in vocations to the history profession, and historical discontinuity between generations. History Under Debate: International Reflection on the Discipline is a recap of the crucial Second International Historia a Debate conference, held on July 17, 1999 in Santiago de Compostela. This book details the comparative critical perspectives on history, historians, their audiences, and the coming trends that will inevitably impact information science. The in-depth examination provides innovative approaches to historians as they redefine their discipline in relation to the global society of the new millennium while presenting invaluable insights for librarians, social scientists, and political scientists.

History Under Debate: International Reflection on the Discipline examines how the writing of history in the twenty-first century is revitalized by international comparative historiography, thanks to new technologies and the multinational integration processes in economy, politics, culture, and academics. The first section discusses the Historia a Debate (HaD) Forum and Movement, detailing the need for change to restore history as a vital global subject in modern times. The remainder of the book consists of reflective and comparative views on the study of history and historiography as well as history in and about Spain and its relation to the rest of the world. The book explores new ways for moving the discipline beyond sources and source criticism alone to a different concept of the historical profession as a science with a human subject that discovers the past as people construct it. Included in this book is the English translation of the HaD Manifesto—a proposal designed to unify historians of the twenty-first century and ensure a new dawn for history, its writings, and its teachings.

History Under Debate: International Reflection on the Discipline