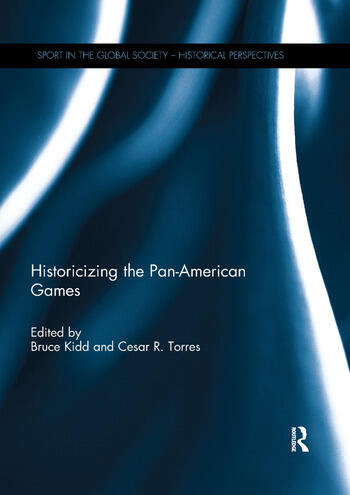 The Pan-American Games, begun officially in 1951 in Buenos Aires and held in every region of the western hemisphere, have become one of the largest multi-sport games in the world. 6,132 athletes from 41 countries competed in 48 sports in the 2015 Games in Toronto, Canada. The Games are simultaneously an avenue for the spread of the Olympic Movement across the Americas, a stage for competing ideologies of Pan-American unity, and an occasion for host city infrastructural stimulus and economic development. And yet until this volume, the Games have never been studied as a single entity from a scholarly viewpoint.

presents 12 original articles on the Games. Topics range from the origins of the Games in the period between the world wars, to their urban, hemispheric and cultural legacies, to the policy implications of specific Games for international sport. The entire collection is set against the shifting economic, social, political, cultural, sporting and artistic contexts of the turbulent western hemisphere. Historicizing the Pan-American Games makes a significant contribution to the literature on major games, Olympic sport and sport in the western hemisphere. This book was previously published as a special issue of The International Journal of the History of Sport.

Introduction: The History and Relevance of the Pan-American Games
Cesar R. Torres and Bruce Kidd

2. Turning the Country into an "Immense and Clamorous Stadium": Perón, the New Argentina, and the 1951 Pan-American Games
Raanan Rein

6. Cultural Ambassadorship and the Pan-American Games of the 1950s
Brenda Elsey

8. The 1971 Pan-American Games and the Search for Colombian Modernities
David M.K. Sheinin

9. ‘The Event That Shook the Whole World Up’: Historicizing the 1983 Pan-American Games Doping Scandal
Jan Todd and Daniel L. Rosenke

11. Paving the Olympic Dream: The Politics of the 2007 Pan-American Games in Rio de Janeiro
Guilherme Nothen

12. Canada and the Pan-American Games
Russell Field and Bruce Kidd

Bruce Kidd, A former Olympian, has written extensively about the history and politics of the modern Olympic Movement and international sport. He is a Professor of Kinesiology and Physical Education at the University of Toronto.

is Professor in the Department of Kinesiology, Sport Studies, and Physical Education at The College at Brockport, State University of New York. He is a fellow in the National Academy of Kinesiology and a former President of the International Association for the Philosophy of Sport.