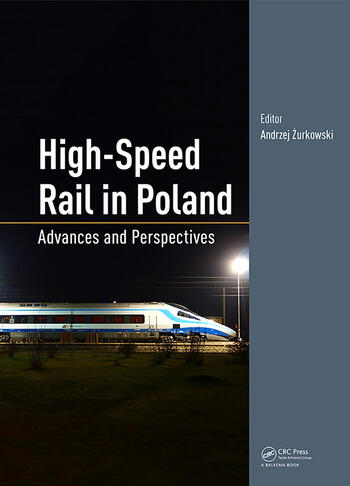 The Railway Research Institute (Instytut Kolejnictwa) in Warsaw was established in 1951 and was, until 2000, part of the Polish State Railways (PKP). At present, it serves as an independent entity, it is subordinated to the minister responsible for transport. Since its inception, the Institute has been the centre of competence for technology, technique and organization of operation and services in rail transport, particularly in respect to innovation. One of its fundamental tasks also includes activities connected with safety which are carried out in close cooperation with the National Safety Authority, i.e. the Office of Rail Transport.

At the same time the Institute participated in the process of upgrading and modernization of the rail network in Poland. Experience in high speed rail, gained as a result of international cooperation and basing on the effort to increase speed on railway lines in Poland (so far 200 km/h), is included in the monograph “Koleje Dużych Prędkości w Polsce” (High Speed Rail in Poland) published in 2015 for the benefit of the Polish reader.

This monograph aims at reaching an international audience of experts so as to present Polish determinants of HSR implementation. In order to elaborate this monograph, apart from specialists from the Railway Research Institute, experts from other research and academic centres were invited. Not only presenting a wide range of problems connected with future construction of High Speed Lines in Polish conditions, but also a number of operational ones. The authors have created a reference work of universal character, solving problems in order to build and operate high speed rail systems in countries on a similar level of development as Poland.

Presenting these problems on the international arena will facilitate future cooperation and application of world experience to create HSR in Poland and integrate the Polish HSR network into the international one.

18 Personnel education for the high-speed rails needs
18.1 Introduction
18.2 Formal determinants of education
18.3 The outline of contents of the subjects of teaching
18.4 Summary

Andrzej Zurkowski, Ph.D. Eng. Managing Director of the Railway Research Institute since 2006. Andrzej is a graduate of the Warsaw University of Technology (1980), where he obtained a doctoral degree in Technical Sciences (2008), and is Lecturer at the Military University of Technology, Warsaw University of Technology, and the Warsaw School of Economics. Specialist of railway traffic and organization of passenger services, he started his professional career in 1980 in COBiRTK (currently the Railway Research Institute). In 1989–2000 he headed a department in the General Directorate of PKP; and in 2001 created the PKP Intercity Ltd.; and became President of the Board in this company (2001–2004).

Andrzej represented the Ministry of Transport in working group EKTM at OECD and PKP and in many other working groups of the UIC. In 2003–2006, he held the position of Vice-Chairman of the Passenger Commission of UIC. Since 2006, he has been a member of the HS Steering Committee of UIC and a member of Scientific Committee of HS World Congresses. He was the President of Polish Association of Transport Engineers and Technicians in 2012–2014, and since 2009 is a member of the Transport Committee of the Polish Academy of Sciences and has been the Vice-President of the International Railway Research Board (UIC) since 2016.

He is the author of 130 technical and scientific articles and over 100 lectures at various conferences. He is also a co-author of the Railway Traffic and Traffic Control handbook and the author of a few chapters in the monographs on railways (including HSR in Poland). 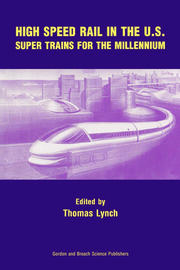 High Speed Rail in the US: Super Trains for the Millennium