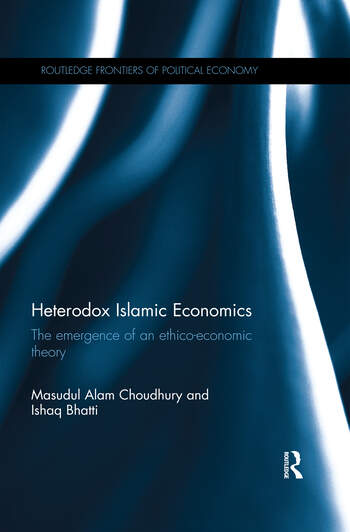 Heterodox Islamic Economics: The emergence of an ethico-economic theory

The fields of morality and ethics have been left out significantly from socio-scientific study in general and in economics and finance in particular. Yet this book argues that in this age of post-modernist analytical inquiry, the study of morality and ethics is an epistemological requirement. This book illustrates the delimiting nature of mainstream economic reasoning in treating morality and ethics and highlights the potential contribution of analytical monotheism, as typified by the Islamic concept of Tahwid.

The principal purpose of this book is to undertake an introductory exploration of the critical area of comparative economic thought in order to place the nature and emergence of ethico-economic theory in its proper context. It is ultimately argued that such a post-orthodoxy revolutionary methodological worldview can be presented by Islamic political economy, Islamic economics and finance.

With And Without Heteronomy

Financial Economics and Its Consequences

Chapter 5: Is There Possibility For Heterodox Islamic

Reasoning In the Episteme of Monotheistic

Chapter 9: Conclusion: From Meta-Science to Ethico-Economics

Heterodox Islamic Economics: The emergence of an ethico-economic theory