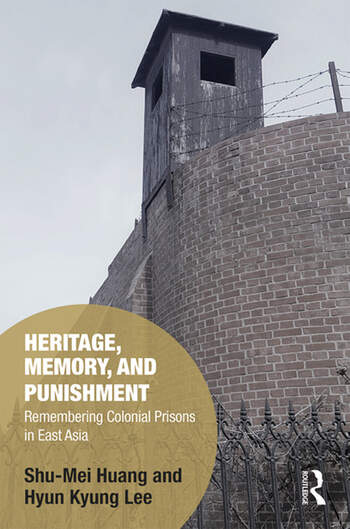 Based on a transnational study of decommissioned, postcolonial prisons in Taiwan (Taipei and Chiayi), South Korea (Seoul), and China (Lushun), this book offers a critical reading of prisons as a particular colonial product, the current restoration of which as national heritage is closely related to the evolving conceptualization of punishment. Focusing on the colonial prisons built by the Japanese Empire in the first half of the twentieth century, it illuminates how punishment has been considered a subject of modernization, while the contemporary use of prisons as heritage tends to reduce the process of colonial modernity to oppression and atrocity – thus constituting a heritage of shame and death, which postcolonial societies blame upon the former colonizers. A study of how the remembering of punishment and imprisonment reflects the attempts of postcolonial cities to re-articulate an understanding of the present by correcting the past, Heritage, Memory, and Punishment examines how prisons were designed, built, partially demolished, preserved, and redeveloped across political regimes, demonstrating the ways in which the selective use of prisons as heritage, reframed through nationalism, leaves marks on urban contexts that remain long after the prisons themselves are decommissioned. As such, it will appeal to scholars of sociology, geography, the built environment, and heritage with interests in memory studies and dark tourism.

Introduction: Articulating the Heritage of Punishment

3. Flows In and Out of Prisons Throughout the Empire

4. Lushun Russo-Japan Prison: Accidental Heritage at the Crossroads of Colonialities

5. Landscaping the State of Independence out of the Colonial Prison: the Seodaemun Prison in Seoul

6. Memories Displaced at the Colonial Margin: The Cases in Taiwan

7. Re-articulation of Places of Pain and Shame into a World Heritage?

8. Disarticulation and Eradication of Dissonant Place in Replicating a Roppongi Hills in Taipei

Conclusion: Rebirth of Prisons as Heritage in Postcolonial East Asia

Shu-Mei Huang is an Assistant Professor at the Graduate Institute of Building and Planning, National Taiwan University, Taiwan.

Hyun Kyung Lee is a Post-Doctoral Research Fellow on the Academy of Korean Studies–funded research project “Beyond the Cold War, towards a community of Asia” at the Centre for Research in the Arts, Social Sciences, and Humanities, University of Cambridge, UK, and the International Center for Korean Studies, Kyujanggak Institute, Seoul National University, Seoul.

"Shu-Mei Huang and Hyun Kyung Lee provide a new, East Asian, and transnational take on prisons as places of pain and shame—a major contribution to the heritage literature. They analyze the building of prisons by colonial Japan in China, Korea and Taiwan and their rebirth as heritage sites designed to restore national honour and strengthen national cohesion. The authors show, nevertheless, that the sites remain caught up in shifting regional geopolitics, their multiple interpretations generating international tensions that can only be resolved at the diplomatic level." - William Logan, Professor Emeritus, Deakin University, Australia

"Sites of Japan’s colonial incarceration relate to both the authority of geography and the power of heritage history. Huang and Lee both demonstrate in their ground-breaking volume how these often punitive forms of colonial modernity were then later consumed, reshaped or destroyed in the ensuing years of national and international debates about the legacies of empire." - Barak Kushner, Professor of East Asian History, University of Cambridge, UK