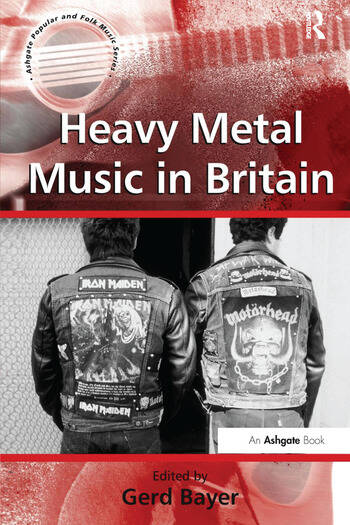 Heavy metal has developed from a British fringe genre of rock music in the late 1960s to a global mass market consumer good in the early twenty-first century. Early proponents of the musical style, such as Black Sabbath, Deep Purple, Judas Priest, Saxon, Uriah Heep and Iron Maiden, were mostly seeking to reach a young male audience. Songs were often filled with violent, sexist and nationalistic themes but were also speaking to the growing sense of deterioration in social and professional life. At the same time, however, heavy metal was seriously indebted to the legacies of blues and classical music as well as to larger literary and cultural themes. The genre also produced mythological concept albums and rewritings of classical poems. In other words, heavy metal tried from the beginning to locate itself in a liminal space between pedestrian mass culture and a rather elitist adherence to complexity and musical craftsmanship, speaking from a subaltern position against the hegemonic discourse. This collection of essays provides a comprehensive and multi-disciplinary look at British heavy metal from its beginning through The New Wave of British Heavy Metal up to the increasing internationalization and widespread acceptance in the late 1980s. The individual chapter authors approach British heavy metal from a textual perspective, providing critical analyses of the politics and ideology behind the lyrics, images and performances. Rather than focus on individual bands or songs, the essays collected here argue with the larger system of heavy metal music in mind, providing comprehensive analyses that relate directly to the larger context of British life and culture. The wide range of approaches should provide readers from various disciplines with new and original ideas about the study of this phenomenon of popular culture.

Dr Gerd Bayer teaches in the Department of English at the University of Erlangen, Germany

'Given that heavy metal has received less academic attention than other popular music forms, and that studies have often been biased towards heavy metal in the United States, the publication of Heavy Metal Music in Britain should be warmly welcomed. The essays in the collection focus largely on British heavy metal in the 1970s and 1980s, the period in which British heavy metal bands were crucial in defining the genre and spreading its popularity. The various contributions to the collection benefit from the different perspectives of authors from a variety of disciplines. They offer fascinating insights into heavy metal in Britain, situating the genre in its context and critically interrogating its complex aesthetics and politics.' Keith Kahn-Harris, Goldsmiths College, London, UK author of Extreme Metal: Music and Culture on the Edge (2006) 'It’s formulaic, it’s hypermasculine, it’s politically reactionary. Or is it? For too long cultural studies has bought into a few convenient myths about heavy metal, but ignored the music itself. This book energetically undermines those myths, and the results will inform and surprise anyone who thinks of heavy metal as a lost cause, and it will also please the fans who knew all along that metal and its subgenres were among the most rewarding cultural formations of the rock era.' Andrew Blake, University of East London, UK ’... proper leather-patches-on-tweed-jackets brainy stuff to get your teeth right into... you'll find a dazzling insight into why bands do what they do... certainly interesting. Who said metal's full of idiots?’ Kerrang! ’... a welcome - and overdue - contribution.’ International Association for the Study of Popular Music (IASPM) '... an important contribution to the literature... Cultural studies and English literature scholars, as well as mid- and larger-size colleges and universities, will want this volume in their libraries, as will teachers of rock and popular music at the upper-undergr