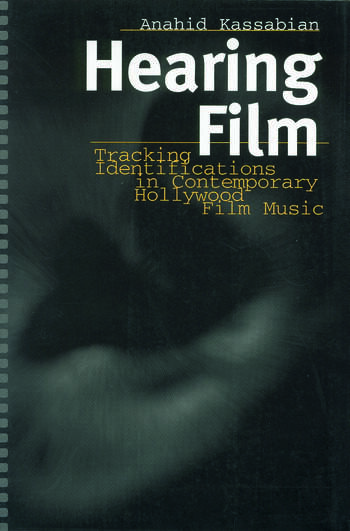 Music is central to any film, creating a tone for the movie that is just as vital as the visual and narrative components. In recent years, racial and gender diversity in film has exploded, and the making of musical scores has changed drastically.

Hearing Film offers the first critical examination of music in the films of the 1980s and 1990s and looks at the burgeoning role of compiled scores in the shaping of a film . In the first section, "A Woman Scored," Kassabian analyzes desire and agency in the music of such films as Dangerous Liaisons, Desert Hearts, Bagdad Café, Dirty Dancing and Thelma and Louise. In "At the Twilight's Last Scoring," she looks at gender, race, sexuality and assimilation in the music of The Hunt for Red October, Lethal Weapon 2 and Indiana Jones and the Temple of Doom. And finally, in "Opening Scores," she considers how films such as Dangerous Minds, The Substitute, Mississippi Masala and Corrina, Corrina bring together several different entry points of identification through their scores.

Kassabian ensures that modern film criticism has a new chapter written through this book. Her important and long-overdue analysis is not to be ignored. Also includes eleven musical examples.

Anahid Kassabian is Director of Postgraduate Research in the School of Music at the University of Liverpool, James and Constance Alsop Chair, and Editor of Music, Sound, and the Moving Image. She coedited the book Keeping Score: Music, Disciplinarity, Culture (1997) and has written numerous articles and book chapters on popular music, film music and feminist theory.

'Refreshing in dealing with films of the 1980s and 1990s. It is also relatively rare to find film music books that seriously explore scores that rely to a large extent on popular music tracks. Hearing Film is a useful volume.' - Senses of Cinema

'No longer an esoteric domain limited to a few specialists, the world of film sound tracks has finally come into its own, thanks to books like Anahid Kassabian's Hearing Film: Tracking Identifications in Contemporary Hollywood Film Music. Turning her attention from the (traditional, male, European) realm of classical Hollywood composers to the (contemporary, female, American) sphere of music supervisors and compiled scores, Kassabian brilliantly shows how contemporary film music anchors a gendered identification process. Hearing Film is not just first-rate scholarship, it's exciting reading!' - Rick Altman, University of Iowa Professor of Cinema and Comparative Literature