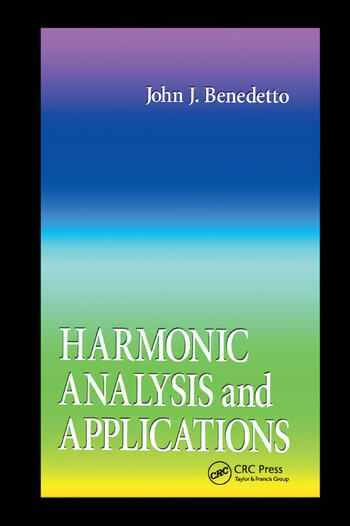 Harmonic analysis plays an essential role in understanding a host of engineering, mathematical, and scientific ideas. In Harmonic Analysis and Applications, the analysis and synthesis of functions in terms of harmonics is presented in such a way as to demonstrate the vitality, power, elegance, usefulness, and the intricacy and simplicity of the subject. This book is about classical harmonic analysis - a textbook suitable for students, and an essay and general reference suitable for mathematicians, physicists, and others who use harmonic analysis.

Throughout the book, material is provided for an upper level undergraduate course in harmonic analysis and some of its applications. In addition, the advanced material in Harmonic Analysis and Applications is well-suited for graduate courses. The course is outlined in Prologue I. This course material is excellent, not only for students, but also for scientists, mathematicians, and engineers as a general reference. Chapter 1 covers the Fourier analysis of integrable and square integrable (finite energy) functions on R. Chapter 2 of the text covers distribution theory, emphasizing the theory's useful vantage point for dealing with problems and general concepts from engineering, physics, and mathematics. Chapter 3 deals with Fourier series, including the Fourier analysis of finite and infinite sequences, as well as functions defined on finite intervals.

The mathematical presentation, insightful perspectives, and numerous well-chosen examples and exercises in Harmonic Analysis and Applications make this book well worth having in your collection.

"Written by a leading specialist in harmonic analysis, the present book is a very good text on harmonic analysis, its applications and evolution, and can be used as a textbook as well as an essay for students and as a general reference for engineers, mathematicians, physicists.."
- Studia University "Babes-Bolyai" Mathematica; Vol XLVI, No. 3, September 2001 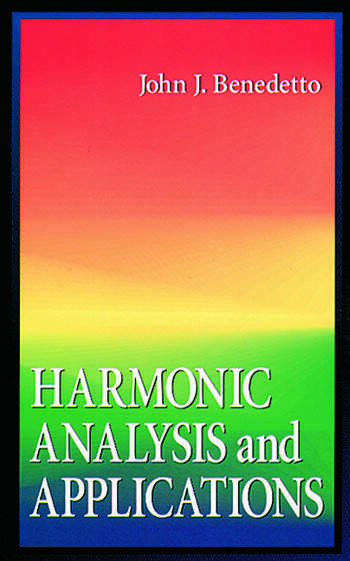