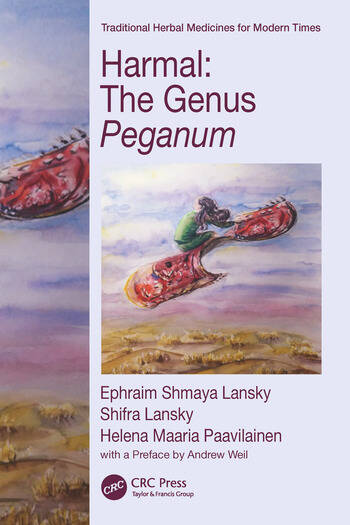 Harmal: The Genus Peganum is an in-depth treatment of one of the most commanding plants in the botanical kingdom. Humble in appearance, modest in its needs, Peganum harmala has been venerated for millennia as a Deity-manifesting entheogen and a powerful medicine. This book traverses harmal’s medicinal chemistry, its possible role in the origins of religion, and its employment from ancient times to the present in the therapy of patients suffering from infections, infestations, metabolic derangements, neurological degeneration, visual weakness, and cancer.

Its peculiar indolic compounds, known as harmala alkaloids, are now appreciated as exerting profound effects on the mind and on the body. These effects are the result of the alkaloids’ interactions with, and binding to, serotonin receptors on the cell surfaces of neurons in the brain and lymphocytes in the blood, the latter constituting the diffuse structural basis of the immune system. This biphasic modulation by harmala alkaloids has led to a novel pharmacologic re-visioning presented herein for the first time, the concept of a "lymphoneuric syncytium" and its possible long term tuning via "somatodelic" as well as "psychedelic" effects.

The scientific rationale underlying the use of harmal in the medicines of the past and the healing technologies of our future is developed through exhaustive and meticulous explorations in both ethnopharmacology and modern phytochemistry. The presentation is enhanced through appraisals of the effects of harmal in two clinical cancer case scenarios, and of intentional inebriation and "provings" by one of the authors and a psychiatric colleague. The noted and esteemed botanically-trained physician Dr. Andrew Weil states in his Preface that this "monumental" volume will become the standard reference work in the field. Harmal: The Genus Peganum will be an invaluable addition to the personal libraries of professional pharmacognosists, botanists, physicians, psychologists, neuroscientists, and all persons interested in the interrelationship of consciousness, medicine, and coevolution.

Ephraim Lansky is a University of Pennsylvania trained integrative medical doctor concentrating in complementary cancer care. He is a licensed practitioner of medical hypnosis in Israel. He teaches Kokikai Aikido one day a week, in which he holds a second degree black belt. His work with pomegranate fruits and their value-added healthcare products yielded several patents, a PhD in pharmacognosy from Leiden University in The Netherlands, and an MBA from Bradford University in England. He is the co-author with Helena Paavilainen and Shifra Lansky of Caper: The Genus Capparis, and with Helena Paavilainen of Figs: The Genus Ficus, both books by CRC Press. He is also co-author with Robert A. Newman, formerly of M.D. Anderson Cancer Center in Houston, Texas, of Pomegranate: The Most Medicinal Fruit (Basic Books).

Shifra Lansky holds a BSc in chemistry from Hebrew University in Jerusalem, where she is presently pursuing her graduate studies. Her focus is on the biochemical and structural characterization of bacterial proteins that may be used for the production of bio-fuel. Shifra also enjoys playing the violin, reading, and skiing in her spare time.

Helena Paavilainen is a researcher at the Hadassah Medical School, Hebrew University of Jerusalem, Israel. Her main research interests are ethnomedicine, historical ethnopharmacology, and the history of pharmacology, especially the Hebrew, Arabic, and Latin traditions. She wrote her PhD thesis (published as "Medieval Pharmacotherapy: Continuity and Change; Case Studies from Ibn Sina and Some of His Late Medieval Commentators," Leiden: Brill, 2009) on the development of medical drug therapy in medieval times and on the potential validity of medieval herbal treatments. She also coauthored with Dr. Lansky the monograph Figs: The Genus Ficus (Boca Raton, FL: CRC Press, 2010), and with Dr. Lansky and Shifra Lansky the sequel Caper: The Genus Capparis in 2014. She currently works as a freelance consultant bioprospecting ancient and medieval herbal texts for practical applications in medicine, functional nutrition, and agriculture. 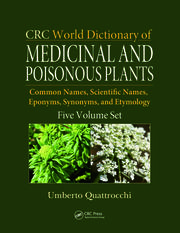 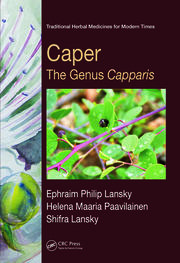 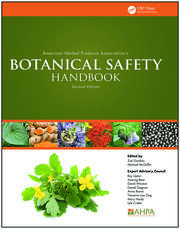