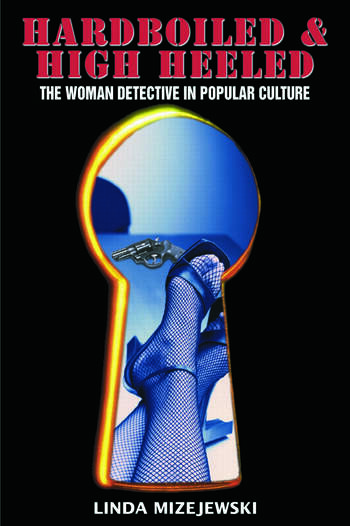 Hardboiled and High Heeled: The Woman Detective in Popular Culture

Can a gumshoe wear high heels? In a genre long dominated by men, women are now taking their place-as authors and as characters-alongside hard-boiled legends like Sam Spade and Mike Hammer. Hardboiled and High Heeled examines the meteoric rise of the female detective in contemporary film, television, and literature.

Richly illustrated and written with a fan's love of the genre, Hardboiled and High Heeled is an essential introduction to women in detective fiction, from past to present, from pulp fiction to blockbuster films.

Linda Mizejewski is Professor of English and Chair of the Women's Studies Department at Ohio State University. She is author of Ziegfeld Girl: Image and Icon in Culture and Cinema and Divine Decadence: Fascism, Female Spectacle, and the Makings of Sally Bowles. She lives in Columbus, Ohio.

"This intellectually rigorous history dishes out the bad with the good." -- Out
"[S]timulating, well-written, and well argued." -- Choice
"A light-hearted, accessible feminist account of the female detective...The central argument of this book is that the 'female dick'--as her very name suggests--is a profoundly unnatural figure whose very existence challenges the conventions of genre and gender." -- Rachel Adams, author of Sideshow U.S.A.: Freaks and the American Cultural Imagination
"Witty, thorough, and smart, Hardboiled and High Heeled is that rare thing in feminist cultural studies--an exploration of fans' pleasures in fiction, film, and television that is itself a pleasure to read." -- Lisa Maria Hogeland, author of Feminism and Its Fictions
"Weaving together film, popular fiction, and television, Hardboiled and High Heeled reveals the power and significance of the female investigator within popular culture. Passionate, eloquent, and intelligent, Mizejewski's study is exemplary feminist scholarship." -- Yvonne Tasker, University of East Anglia
"This slick, smart academic examination of the past 20 years of women in popular culture is also informative and readable." -- Globe and Mail

Hardboiled and High Heeled: The Woman Detective in Popular Culture