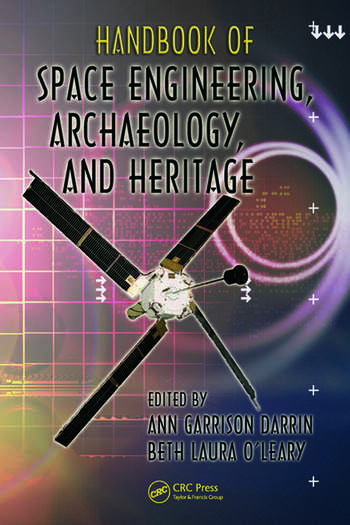 Some might think that the 27 thousand tons of material launched by earthlings into outer space is nothing more than floating piles of debris. However, when looking at these artifacts through the eyes of historians and anthropologists, instead of celestial pollution, they are seen as links to human history and heritage.

Space: The New Frontier for Archeologists

Handbook of Space Engineering, Archaeology and Heritage, published this month by CRC Press Taylor and Francis Group, brings together 43 anthropologists, historians, physicists, and engineers, a scientific team as culturally diverse as the crew of any science fiction cruiser. They offer a range of novel historical and technological perspectives on humankind’s experience in space. This ambitious work presents an informative, thought-provoking, and educational text that discusses the evolution of space engineering, spacecraft reliability and forensics, field techniques, and mission planning, as well as space programs for the future. The book is edited by a pair of scientists from different sides of the campus: Ann Garrison Darrin, aerospace engineer and NASA veteran and Beth Laura O’Leary, anthropologist and member of the World Archaeological Congress Space Heritage Task Force.

The handbook delves into the evolution of space archaeology and heritage, including the emerging fields of Archaeoastronomy, Ethnoastronomy, and Cultural Astronomy. It also covers space basics and the history of the space age from Sputnik to modern day satellites. It discusses the cultural landscape of space, including orbital artifacts in space, as well as objects left on planetary surfaces and includes a look at the culture of Apollo as a catalog of manned exploration of the moon. It also considers the application of forensic investigation to the solving of cold case mysteries including failed Mars mission landing sites and lost spacecraft, and even investigates the archaeology of the putative Roswell UFO crash site and appraises material culture in science fiction.

Ann Garrison Darrin has worked at The Johns Hopkins University Applied Physics Laboratory for more than 10 years. Ann Darrin is a member of the principal staff and is the manager in the Milton S. Eisenhower Research Center for the Aerospace and Materials Sciences group. Prior to joining the laboratory, Ann worked at NASA Goddard Space Center in aerospace engineering and was the Division Chief for Assurance Technologies. She is the author of numerous papers and an author and editor of the book MEMS and Microstructures for Aerospace Applications. As a technologist, Ann holds numerous patents and has participated in several exciting, albeit small, technology "firsts" in space. Ann is the founder and co-chair of the MEMS Alliance Mid-Atlantic and holds degrees from the Pennsylvania State University and the University of Maryland University College.

Beth Laura O’Leary has taught anthropology at New Mexico State University since 1991. She has worked in cultural resource management for the federal government, private firms, and universities. She is currently vice chairperson of the Cultural Properties Review Committee, a governor-appointed policymaking board on historic preservation for the state of New Mexico. Beth is a recognized expert in the emerging field of space archaeology and heritage. In 1999, she received a grant from the New Mexico Space Grant Consortium to document the archaeological assemblage at the Apollo 11 lunar landing site and to investigate ways to manage and preserve sites on the Moon for the future. She has co-chaired several international symposia on space heritage in the United States, Australia, Canada, and Ireland and is a member of the World Archaeological Congress Space Heritage Task Force. Beth has a BA from Mount Holyoke College and a Ph.D. in anthropology from the University of New Mexico.

Never before have I been asked so constantly about a certain book on my desk. … the present book tries to extend various concepts and terms to space which previously had been applied only to Earth. … A big and well-justified effort goes into the definition of the terms used in the discussion. There is even a 30-page appendix explaining the terminology as well as an appendix listing all current space programs and organisations. The index is extensive and helpful. … the overall quality of the print and the book is good. It is primarily addressed to experts; however, the content is intelligible for any interested reader with a basic scientific understanding.
—Manuel Vogel, Contemporary Physics, 52, 2011

The Handbook is an interdisciplinary enterprise containing contributions from aerospace engineers, anthropologists, archaeologists, astronomers, historians, physicists, and other specialists. ... The sheer size of the Handbook — more than a thousand pages and weighing 1.6 kilos — makes it an impressive piece of work. ... its mere existence is to be seen as a statement in itself. The Handbook of Space Engineering, Archaeology, and Heritage takes the insight that there are no temporal or spatial limits on archaeology one step further — we have here a definite lift-off for ‘space archaeology’.
—Mats Burström, Department ofArchaeology and Classical Studies, Stockholm University, Sweden, in European Journal of Archaeology, Vol. 14, 2011 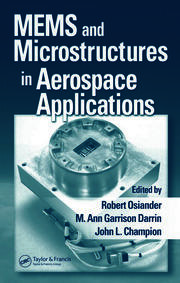 MEMS and Microstructures in Aerospace Applications 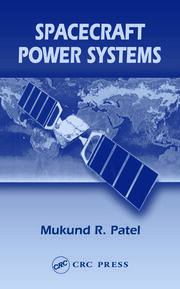