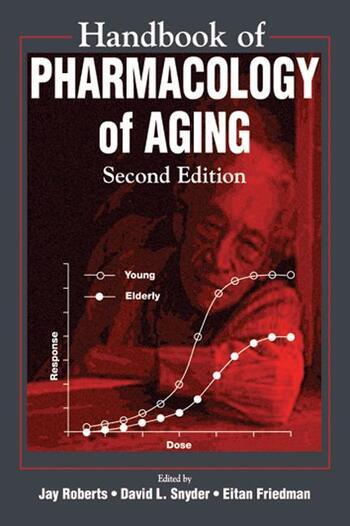 Handbook of Pharmacology on Aging

As adaptive capacities decline, and disease increases, the elderly become major consumers of drugs. Because of the special needs of older patients, physicians, geriatricians, health providers, and researchers must know how the aging process changes the pharmacokinetic and pharmacodynamic properties of drugs prescribed to the elderly. The Second Edition of this essential handbook is an up-to-date source that analyses the major drug groups, the disorders they treat, and the age-associated changes in cellular processes that affect drug action. Disorders prevalent in older people, such as Alzheimer's disease and Parkinson's disease, are examined in great detail. The book also discusses a wide range of drugs, including bronchodilators for asthma, nonsteroid anti-inflammatory drugs for arthritis, antibiotics, and treatments for cardiovascular disease, cancer, and mental disorders. The handbook also provides insight into future research problems dealing with the expanding aging population, their drug usage, and increasing adverse drug reactions.

Handbook of Pharmacology on Aging