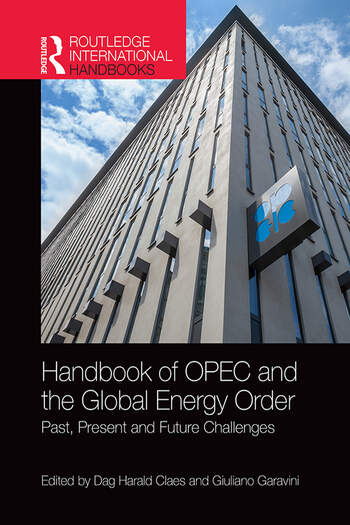 Handbook of OPEC and the Global Energy Order: Past, Present and Future Challenges

The Organization of the Petroleum Exporting Countries (OPEC), celebrating its 60th anniversary in 2020, is one of the most recognizable acronyms in international politics. The organization has undergone decades of changing importance, from political irrelevance to the spotlight of world attention and back; and from economic boom for its members to deep political and financial crisis.

Part I: OPEC and the Member Countries

Dag Harald Claes is Professor in the Department of Political Science at the University of Oslo. He is a former Research Fellow of the Fridtjof Nansen Institute and Senior Research Fellow in the ARENA program at the University of Oslo. Professor Claes has published studies of oil-producer cooperation, conflict and cooperation in oil and gas markets, Arctic oil and gas, the energy relations between Norway and the European Union, and the role of oil in Middle East conflicts.

teaches international history at Roma Tre University in Rome. He has taught and received fellowships at various institutions including NYU Abu Dhabi, the European University Institute (EUI), the Graduate Institute in Geneva, the University of Bologna and the University of Padua. He has mainly written about European integration, decolonization and the Global South, the history of energy and petroleum.

Handbook of OPEC and the Global Energy Order: Past, Present and Future Challenges