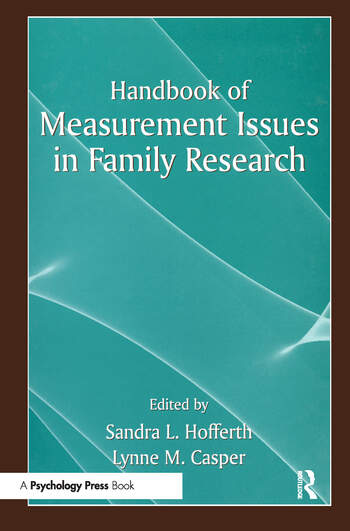 Dramatic societal changes have reshaped America’s families. Young adults have delayed marriage, and cohabitation before marriage has become commonplace. One in three women giving birth is unmarried, and the proportion of children under 18 living in single-parent families rose from 23 to 31 percent between 1980 and 2000, reflecting increased rates of both nonmarital childbearing and divorce.

This authoritative volume offers a blueprint for addressing some of the most important measurement issues in family research, and it points out potential pitfalls for researchers and students who may not be familiar with data quality issues.

The Handbook of Measurement Issues in Family Research will appeal to scholars in the departments of psychology, sociology, and population studies, as well as researchers working in governmental agencies.