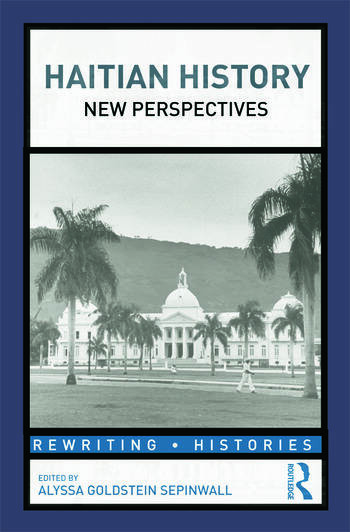 Despite Haiti's proximity to the United States, and its considerable importance to our own history, Haiti barely registered in the historic consciousness of most Americans until recently. Those who struggled to understand Haiti's suffering in the earthquake of 2010 often spoke of it as the poorest country in the Western hemisphere, but could not explain how it came to be so.

In recent years, the amount of scholarship about the island has increased dramatically. Whereas once this scholarship was focused on Haiti’s political or military leaders, now the historiography of Haiti features lively debates and different schools of thought. Even as this body of knowledge has developed, it has been hard for students to grasp its various strands. Haitian History presents the best of the recent articles on Haitian history, by both Haitian and foreign scholars, moving from colonial Saint Domingue to the aftermath of the 2010 earthquake. It will be the go-to one-volume introduction to the field of Haitian history, helping to explain how the promise of the Haitian Revolution dissipated, and presenting the major debates and questions in the field today.

Section I: From Saint-Domingue to Haiti

1. An Unthinkable History: The Haitian Revolution as a Non-Event, Michel-Rolph Trouillot

2. Slave Resistance (from The Making of Haiti: The Saint Domingue Revolution from Below), Carolyn E. Fick

3. Saint-Domingue on the Eve of the Haitian Revolution, David P. Geggus

4. "I am the Subject of the King of Congo": African Political Ideology and the Haitian Revolution, John K. Thornton

Section II: Independent Haiti in a Hostile World: Haiti in the Nineteenth Century

5. The Politics of "French Negroes" in the United States, Ashli White

6. Talk About Haiti: The Archive and the Atlantic’s Haitian Revolution, Ada Ferrer

Section III: From the Occupation to the Earthquake: Haiti in the Twentieth and Twenty-First Centuries

10. Under the Gun (from Haiti and the United States: The Psychological Moment), Brenda Gayle Plummer

11. VIVE 1804! The Haitian Revolution and the Revolutionary Generation of 1946, Matthew J. Smith

13. The Water Refugees (from AIDS and Accusation: Haiti and the Geography of Blame), Paul Farmer