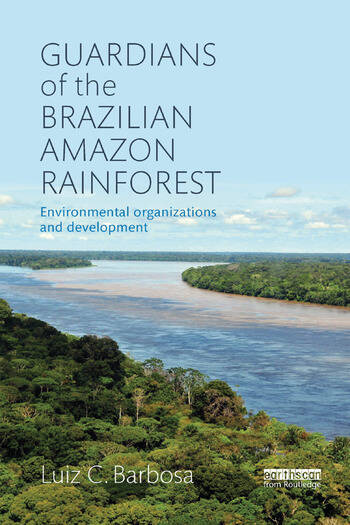 Guardians of the Brazilian Amazon Rainforest: Environmental Organizations and Development

The Amazon region is the focus of intense conflict between conservationists concerned with deforestation and advocates of agro-industrial development. This book focuses on the contributions of environmental organizations to the preservation of Brazilian Amazonia. It reveals how environmental organizations such as Greenpeace, Friends of the Earth, WWF and others have fought fiercely to stop deforestation in the region.

It documents how the history of frontier expansion and environmental struggle in the region is linked to Brazil’s position in an evolving capitalist world-economy. It is shown how Brazil’s effort to become a developed country has led successive Brazilian governments to devise development projects for Amazonia. The author analyses how globalization has led to the expansion of international commodity chains in the region, particularly for mineral ores, soybeans and beef. He shows how environmental organizations have politicized these commodity chains as weapons of conservation, through boycotting certain products, while other pro-development groups within Brazil claim that such organizations threaten Brazil's sovereignty over its own resources.

4. The Case of the Soy Moratorium

5. Boycotts of Illegally-produced Beef and Leather

6. The Case of the Belo Monte Hydroelectric Dam

Luiz Barbosa is a Professor in the Department of Sociology, San Francisco State University, USA.

Guardians of the Brazilian Amazon Rainforest: Environmental Organizations and Development