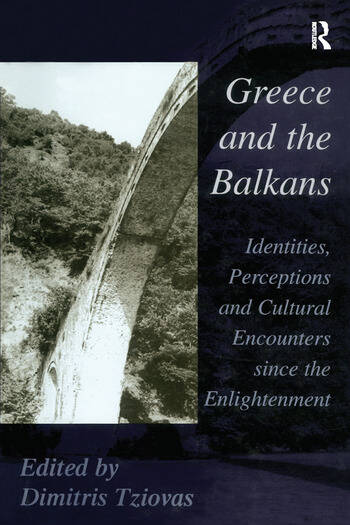 Greece and the Balkans: Identities, Perceptions and Cultural Encounters since the Enlightenment

Greece and the Balkans explores the cultural relationships between Greece and other Balkan countries in the domains of language, literature, thought, translation, and music, and examines issues of identity and perception among the Balkan peoples themselves. The essays bring together scholars from across a range of disciplines: historians, anthropologists, linguists and musicologists with specialists on literature, translation, the history of ideas and religion. By raising issues of cultural hybridity, and nationalist or pre-nationalist interpretations of culture and history it lays claim to a place in the context of studies on nationalism and post-colonialism. Greece and the Balkans also contributes to a recognition of the Balkans as a site, like some postcolonial ones, where identities have become fused, orientalism and eurocentrism blurred and where religion and modernity clashed and co-existed. By approaching cultural encounters between Greece and the Balkans from a fresh and informed perspective, it makes a substantial contribution to the study of a rather neglected aspect in the history of a region which has suffered in the past from narrow-minded, nationalistic arguments.

Contents: Introduction, Dimitris Tziovas; Hybrid Identities and Nationalist Anachronisms: In the pre-modern Balkans...: loyalties, identities, anachronisms, Paschalis M. Kitromilides; Relations between Greeks and Bulgarians in the pre-nationalist era: The Gudilas in Plovdiv, Raymond Detrez; National Perceptions and Historical Imagination: The Greek connection in 19th-century Ottoman intellectual history, Johann Strauss; Christians, heroes and Barbarians: Serbs and Bulgarians in the modern Greek historical imagination (1602-1950), Dimitris Livanios; Greece and the Balkans between the world wars: self-identity, the other, and national development, Gerasimos Augustinos; Religious and Ethnic Otherness: South Balkan Rabbinic readings of Ottoman rise and decline: Eliyahu Kapsali of Crete and Yehuda Alkalai of Zemlin, K. E. Fleming; Aspects of Muslim culture in the Ottoman Balkans: a view from 18th-century Salonica, Eyal Ginio; Five faces - one people: the Sarakatsani in the Balkans, Diana Wardle; Cultural Dialogues and Crossroads: Balkanizing the French Revolution: Rhigas's New Political Constitution, MarÃ­a LÃ³pez Villalba; Arches of discord, streams of confluence: the building of bridges in the Balkans, Olga Augustinos; The Balkans and the notion of the 'Crossroads between east and west', Ellie Scopetea; Musical Encounters and Cultural Politics: Musical encounters at the Greek Courts of Jassy and Bucharest in the 18th century, John G. Plemmenos; Negotiating culture: political uses of polyphonic folk songs in Greece and Albania, Vassilis Nitsiakos and Constantinos Mantzos; The Cretan Muslims and the music of Crete, Chris Williams; Challenging the Borders: Linguistic Convergence and Literary Images: The role of Greek and Greece linguistically in the Balkans, Brian D. Joseph; 'With the deep craving for Albania in my heart': the anxieties of a Greek surrealist in the late 1930s, Yannis Karavidas; The representation of the Balkans in modern Greek fiction of the 1990s, Ge

Dimitris Tziovas is Professor of Modern Greek Studies at the University of Birmingham. He has published a number of books on modern Greek literature and culture and his most recent book is The Other Self: Selfhood and Society in Modern Greek Fiction.

'It features up-to-date scholarship, focused studies around broad themes, and a wide historical sweep... it offers a wealth of insight...' Kathimerini, Greece's International English Language Newspaper 'Taken together, the essays that make up this volume present a historical picture of the Balkan region very different from the fissiparous stereotype of violent nationalist divisions that emerges, more clearly than ever before, as barely more than a century old.' The Anglo-Hellenic Review

Greece and the Balkans: Identities, Perceptions and Cultural Encounters since the Enlightenment