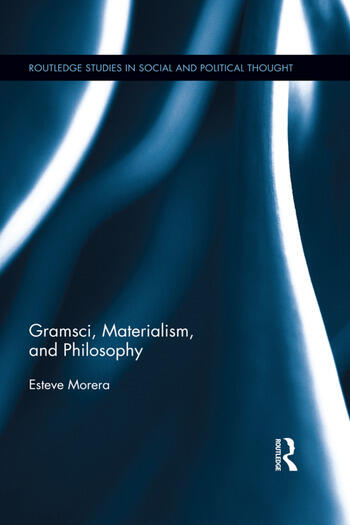 Western critical theory, Marxism included, has largely been based on a view of historical materialism that Gramsci, among others, developed in his prison notebooks.  For many, Gramsci’s philosophical reflections in prison offered a new foundation for the philosophy of the future.  His reflections on the philosophy of praxis and absolute historicism find echoes in much of what today is considered to be a materialist philosophy. That form of materialism was unable to provide a sound foundation for a progressive social project, the possibility of a meaningful and creative ethical life, and the forms of activity or praxis that would be conducive to creating good society.

Esteve Morera is Associate Professor in the Departments of Philosophy and Political Science at York University. He is the author of Gramsci's Historicism: A Realist Interpretation (1990) and a number of articles on Gramsci and Vico. His research interests include social and political philosophy, philosophy of history, critical theory, and continental philosophy, especially Vico, Kant, Marx, Croce, and Gramsci.

“Esteve Morera has written a lucid and provocative book that challenges Gramsci’s conception of materialism. Through a detailed analysis of the Prison Notebooks, Morera demonstrates how philosophical materialism connects to understandings of the philosophy of praxis, organicism, human nature, ethics, and freedom. Ultimately, as Morera argues, returning to the question of materialism has the potential to provide the foundation for ethico-political praxis, the revitalization of the socialist project, and the creation of a new civilization.”
—Marcus E. Green, Otterbein University

“In Gramsci, Materialism, and Philosophy Morera builds on his well-deserved reputation as a leading interpreter of the still vital philosophy of Gramsci.  The great strength of the book is to bring the two estranged traditions in materialist philosophy—historical and scientific—into  needed dialogue.  The result is a book that should be read by Marxists and naturalistic philosophers alike.”
—Jeff Noonan, University of Windsor