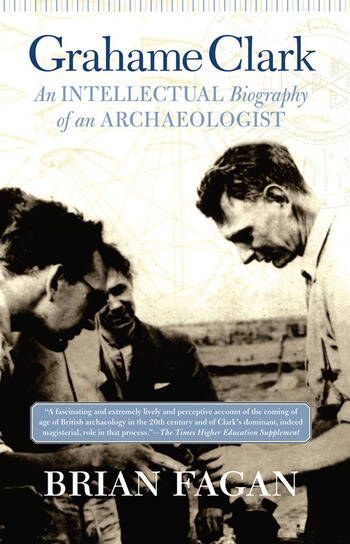 Grahame Clark: An Intellectual Biography Of An Archaeologist

The British archaeologist Grahame Clark was a seminal figure in European and world archaeology for more than half of the twentieth century, but, at the same time, one whose reputation has been outshone by other, more visible luminaries. His works were never aimed at a wide general public, nor did he become a television or radio personality. Clark was, above all, a scholar, whose contributions to world archaeology were enormous. He was also convinced that the study of prehistory was important for all humanity and spent his career saying so. For this, he was awarded the prestigious Erasmus Prize in 1990, an award only rarely given to archaeologists. This intellectual biography describes Clark's remarkable career and assesses his seminal contributions to archaeology. Clark became interested in archaeology while at school, studied the subject at Cambridge University, and completed a groundbreaking doctorate on the Mesolithic cultures of Britain in 1931. He followed this study with a magisterial survey, The Mesolithic Settlement of Northern Europe(1936), which established him as an international authority on the period. At the same time, he became interested in the interplay between changing ancient environment and ancient human societies. In a series of excavations and important papers, he developed environmental archaeology and the notion of ecological systems as a foundation of scientific, multidisciplinary archaeology, culminating in his world-famous excavations at Starr Carr, England, in 1949 and his Prehistoric Europe: The Economic Basis (1952). Clark became Disney Professor of Public Archaeology at Cambridge in 1952 and influenced an entire generation of undergraduates to become archaeologists in all parts of the world. He was also the author of the first book on a global human prehistory, World Prehistory (1961).

Born in England and educated at Cambridge University, Brian Fagan is Professor of Anthropology at the University of California, Santa Barbara. He is internationally known for his popular books on archaeology. He lives in Santa Barbara, California.

Grahame Clark: An Intellectual Biography Of An Archaeologist