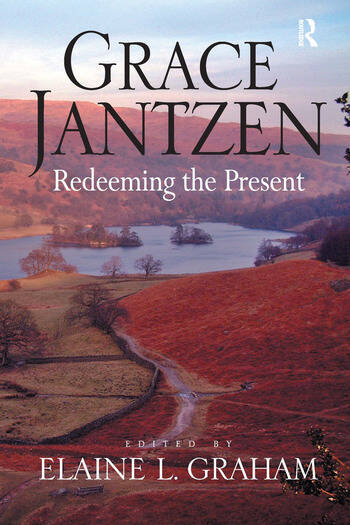 Grace Jantzen was an internationally-renowned feminist philosopher of religion whose work has transformed the way we think about the interactions between religion, culture and gender in Western culture. Jantzen's aim was to 'redeem the present' via a critique and reconstruction of staple concepts of the Western imaginary. This unique book brings together many of Grace Jantzen's colleagues and former students in a wide-ranging exploration of her enduring influence, ranging across philosophy of religion, to literature, psychoanalysis, theology, ethics and politics. Part I assesses the ramifications of Jantzen's affirmation that Western culture must 'choose life' in preference to a prevailing symbolic of violence and death. Part II explores some of the key voices which contributed to Jantzen's understanding of a culture of flourishing and natality: Quaker thought and practice, medieval mysticism and feminist spirituality. Further essays apply elements of Jantzen's work to the politics of disability, development and environmentalism, extending her range of influence into new and innovative areas.

’Among the perspectives are those of peace/justice building, twenty-first century appreciation of mysticism, disability/impairment, and world politics. This is what good philosophical thinking is meant to do. All the scholars writing in this book have engaged with Jantzen's thinking and asked what it means to their own field and their point of view. More importantly, the book asks how the implications of one woman's teachings can inspire others to apply her insights to new and creative approaches to contemporary issues. It is not only, as the book title says, 'redeeming the present,' but in doing so is also rethinking the future.’ Magistra ’Fourteen essays honour a remarkable career, culminating in a fruitful decade at the University of Manchester before Professor Jantzen died... Hers was a 'voice of dissent', and that of one of the rare species of feminist philosophers of religion, focused on a new vision of human flourishing... The headings of the three sections of the book are themselves informative: 'The Gift of Life', 'In the Name of Life' and 'Choose Life'. There is no shallow optimism here, but the 'practical wisdom' energized by hope and the orientation towards beauty, using 'tools' such as 'deconstruction', some forms of psychoanalysis, and Foucauldian genealogy. Theologians have much to gain from Grace Jantzen's unique approach, as have all those rightly concerned for a new 'politics' for the world we all share.’ Ann Loades, Theology 'There is much interesting material in this wide-ranging collection.' Studies in Christian Ethics '... at the end of the book [Jantzen] moves into a positive project, of changing the imaginary with which we work from one which is focussed on death to one in which we would be fully vulnerable to beauty, and this creative work is both fascinating and potentially fruitful.' Quaker Studies