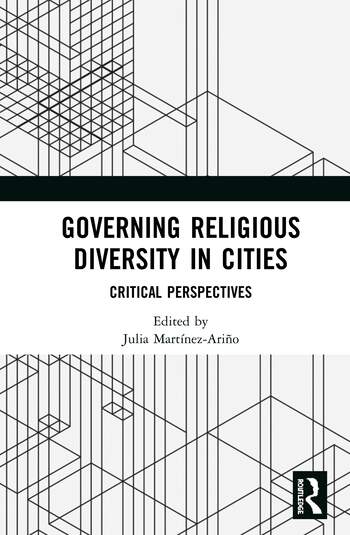 Governing Religious Diversity in Cities provides original insights into the governance of religious diversity in urban contexts from a variety of theoretical perspectives, and drawing on a wide range of empirical examples in Europe and Canada.

Religious diversity is increasingly present and visible in cities across the world. Drawing on a wide selection of cases in Europe and Canada, this volume examines how this diversity is governed. While focusing on the urban dimension of governance, the chapters do not examine cities in isolation but take into account the interconnections between urban contexts and other scales, both within and beyond the borders of the nation-state. The contributors discuss a variety of empirical examples, ranging from the controversies around the celebration of the International Yoga Day in Vancouver, the mosque not built in Munich, and the governance of Islam in cities in France, Germany, Italy, Quebec and Spain. Adopting a critical perspective, they shed light on the factors shaping different governance patterns, and on their implications for various religious groups. Ultimately, this book shows that governing religious diversity is not a matter of black and white.

Contributing to a growing field of academic research that focuses on the governance of religion in urban contexts, and providing lines for future research, Governing Religious Diversity in Cities will be of great interest to scholars in the sociology of religion, religious studies and urban studies. The chapters were originally published as a special issue of Religion, State & Society.

2. Religious governance in the Spanish city: hands-on versus hands-off approaches to accommodating religious diversity in Barcelona and Madrid

3. Political opportunity structures and the activism of first- and second-generation Muslims in two Italian cities

5. Pacifying Muslims in Germany’s ‘City of Peace’: interreligious dialogue as a tool of governance in Osnabrück

6. Contract governance of religious diversity in a German city-state and its ambivalences

7. Reconsidering the spatiality of religion and the state: relationality and the mosque not built

8. A bridge too far: yoga, spirituality, and contested space in the Pacific Northwest

Julia Martínez-Ariño is Assistant Professor of Sociology of Religion at the University of Groningen. Her research interests are the governance of religious diversity, and the spatial strategies of religious groups in cities, in particular Jewish communities. She has published in international journals, including Current Sociology, Social Compass and Comparative European Politics.