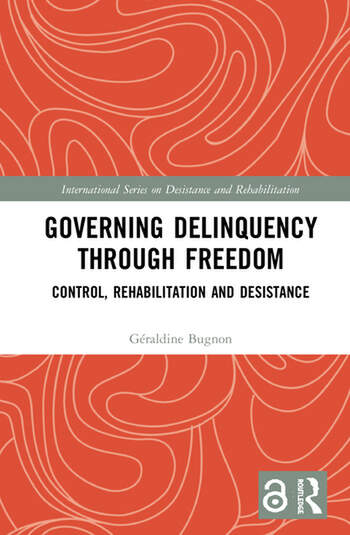 This book analyses the non-custodial government of young offenders in two major cities in Brazil. In doing so, it delves into the paradox of an institution exerting control over youths while at the same time promoting their autonomy and responsibility. The study sheds light on the specific logics of power, control, and inequality produced by such institutional settings.

The book’s analysis is based on an ethnographic study of ‘Assisted Freedom’ (Liberdade Assistida) – a form of probation – in the Brazilian cities of Rio de Janeiro and Belo Horizonte. This particular context – which is characterized by endemic violent crime, on the one hand, and a highly protective juvenile justice system, on the other – sheds productive light on the contradictions of juvenile justice systems and other public policies based on the values of citizenship, autonomy, and responsibilization. The analysis takes the form of an inverted zoom structure: it begins by looking at cognitive and interactional processes at the level of interpersonal relationships between youths and professionals, and then works its way up to examine ties outside the institution itself, with schools, the labour market, and juvenile courts.

Written in a clear and direct style this book will appeal to students and scholars in criminology, sociology, cultural studies, social theory and those interested in learning about non-custodial measures and the regulation of juvenile delinquency.

1. Beyond Institutional Walls: the Non-Custodial Government of Young Offenders

2. A Gamble on Freedom: the Liberdade Assistida Measure

5. The Outside World: Rehabilitation or Harm Reduction?

6. Cooperation, Division, and Hybridization: Social Services and the Juvenile Court

7. Forced to be Free: Non-Custodial Control and Dynamics of Desistance

Géraldine Bugnon works as a post-doctoral researcher at the University of Applied Sciences and Arts in Western Switzerland (HES-SO). She holds a PhD in sociology from the University of Geneva (Switzerland) and the University of Lille 1 (France). Her work analyses the state regulation of deviance in different legal and institutional contexts. Her main research topics are prostitution, juvenile delinquency, and juvenile justice, as well as, more recently, the child protection system. She is particularly interested in the forms of hybridization between the Welfare state and the Penal state, as well as the impact of judicialization on the management of social problems.