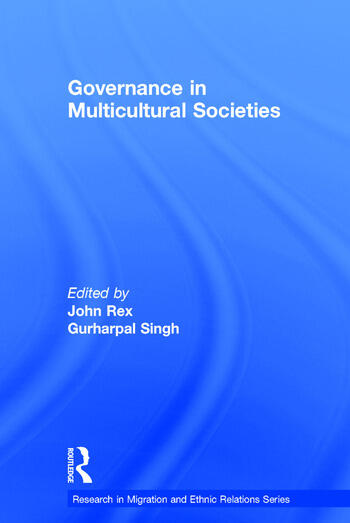 In the last decade the study of multiculturalism has become an established field in political and social theory. This in-depth and engaging volume focuses on public policy and the dilemmas faced by the governments of increasingly diverse societies. Offering a theoretically and empirically rich collection of essays from some of the leading specialists in the field, it fills the gap between the social and political theory of multiculturalism and institutionally based national case studies. The book is distinctive in combining a robust theoretical introduction to recent developments in multiculturalism with a critical evaluation of contemporary public policy in a variety of countries in Europe, South Asia, Southeast Asia, the Far East and South Africa. It incorporates a strong comparative dimension both within and across the case studies, with a regional focus enabling comparisons of regional, national and international experience.

’This important volume provides a timely contribution on governance in multicultural societies. Clearly written and well argued, this series of essays provides a valuable addition to the literature on multiculturalism and public policy, both in developed and developing societies.’ Dr Shamit Saggar, World Fellow, Yale University, USA ’John Rex and Gurharpal Singh are to be congratulated upon bringing together such a stimulating group of authors spanning sociology and political science to critically examine what multiculturalism means in governance. They have produced a wide ranging international collection combining valuable theory with insightful case studies. This work is pushing forward the frontiers.’ Professor Martin Bulmer, University of Surrey, UK and Editor, Ethnic and Racial Studies