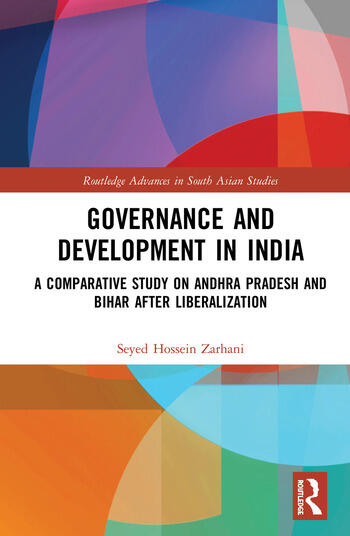 Governance and Development in India: A Comparative Study on Andhra Pradesh and Bihar after Liberalization

The study of the political economy of development in India is significant as India has emerged as one of the fastest-growing countries during the last three decades and the rate of economic growth and poverty reduction have not been matched in India’s subnational states. Although the Union Government has introduced and implemented several economic reforms since 1991 to enhance the economic development, the results of implantation have varied.

Governance and Development in India

compares two Indian subnational states, Andhra Pradesh and Bihar. The book does not consider the state as an aggregate entity; rather, it disaggregates the state relationally and spatially. Concentrating on the micro-institutional variables and the role of regional elites, the author investigates the political roots of the divergence of development trajectories among India’s subnational states since liberalization, as an essential aspect of the political economy of development in India. The book explores the black box of the multi-layered state of India and interactions among the Central Government, the states, regional leaders and other stakeholders and explains why the regional leaders have pursued divergent economic strategies using the analytical narrative research method and the subnational comparative research method.

Firmly based on the theoretical foundations of the neo-institutional rational choice model of governance, polycentric hierarchy theory and the strategies for regional elite strategy analysis, combined with empirical research, this book is a valuable contribution to the fields of comparative political economy, state politics in India, governance and development in developing countries, and South Asian comparative politics.

4. Elite Agency and Development in Andhra Pradesh (I): Confrontation and Populism in the Age of Tollywood Superstar

5. Elite Agency and Development in Andhra Pradesh (II): Pragmatism, Cooperation, and Pro-Growth Policies in Era of the CEO of Andhra Pradesh

6. Elite Agency and Development in Bihar (I): Confrontation and Populism in Era of ‘Gharibon Ka Masiha’

7. Elite Agency and Development in Bihar (II): Pragmatism, Cooperation, and Reforms in the Era of Sushasan Babu

Governance and Development in India: A Comparative Study on Andhra Pradesh and Bihar after Liberalization