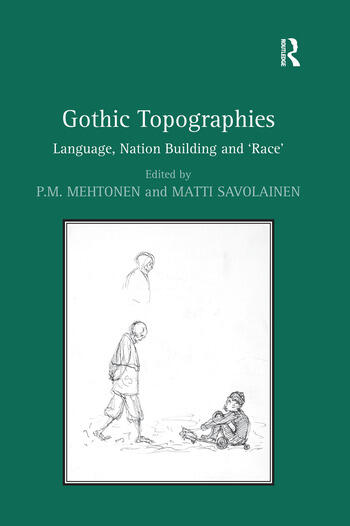 In demonstrating the global reach of Gothic literatures, this collection takes up the influence of the Gothic mode in literatures that may be geographically remote from one another but still share related issues of minor languages, nation building, place and race. Suggesting that there is a parallel between certain motifs and themes found in the Gothic of the North (Scandinavia, Northern Europe and Canada) and South (Australia, South Africa and the US South), the essays explore the transgressions and confusion of borders and limits, whether they be linguistic, literary, generic, class-based, gendered or sexual. The volume includes essays on a wide diversity of authors and topics: Jan Potocki, Gustav Meyrink, William Godwin, Alan Hollinghurst, Marlene van Niekerk, John Richardson, antislavery discourse and the Gothic imagination, the Australian aboriginal Gothic, vampires of Post-Soviet Gothic society, Danish, Swedish and Finnish fiction and film, and the Canadian female Gothic and the death drive. What distinguishes this book from other collections on the Gothic is the coverage of themes and literatures that are either lacking in the mainstream research on the Gothic or are referred to only briefly in other book-length studies. Experts in the Gothic and those new to the field will appreciate the book's commitment to situating Gothic sensibilities in an international context.

’A wonderful collection, impressive in its internationalism and its careful attention to real and symbolic geographies. I do not know of any other collection that considers the Gothic as a global phenomenon in such detailed and rigorous ways.' Kelly Hurley, University of Colorado, Boulder ’...Mehtonen and Savolainen’s collection comprises a number of genre-defining and perceptive essays and as such marks important new interventions into particular Gothic literatures.’ Modern Language Review