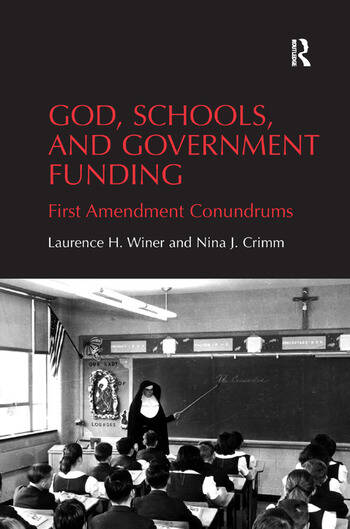 In recent years, a conservative majority of the U.S. Supreme Court, over vigorous dissents, has developed circumventions to the Establishment Clause of the First Amendment that allow state legislatures unabashedly to use public tax dollars increasingly to aid private elementary and secondary education. This expansive and innovative legislation provides considerable governmental funds to support parochial schools and other religiously-affiliated education providers. That political response to the perceived declining quality of traditional public schools and the vigorous school choice movement for alternative educational opportunities provokes passionate constitutional controversy. Yet, the Court’s recent decision in Arizona Christian School Tuition Organization v. Winn inappropriately denies taxpayers recourse to challenge these proliferating tax funding schemes in federal courts. Professors Winer and Crimm clearly elucidate the complex and controversial policy, legal, and constitutional issues involved in using tax expenditures - mechanisms such as exclusions, deductions, and credits that economically function as government subsidies - to finance private, religious schooling. The authors argue that legislatures must take great care in structuring such programs and set forth various proposals to ameliorate the highly troubling dissention and divisiveness generated by state aid for religious education.

Laurence H. Winer is Professor of Law and Faculty Fellow, Center for Law, Science, & Innovation at the Sandra Day O’Connor College of Law at Arizona State University. After graduating from Yale Law School, Professor Winer practiced with a Boston law firm before joining A.S.U. Before law school, he taught mathematics at Boston University where he earned his Ph.D. degree. Nina J. Crimm is Professor of Law and the Frank H. Granito, Jr., Faculty Scholar at St. John's University School of Law, New York. Before entering academia, Professor Crimm was a law clerk for Judge Irene F. Scott, United States Tax Court and later an Attorney-Advisor/Senior Attorney in the Office of the Chief Judge of the Tax Court; she also practiced tax and nonprofit law with a Washington, D.C. law firm. Professors Crimm and Winer are co-authors of Politics, Taxes, and the Pulpit: Provocative First Amendment Conflicts (Oxford Univ. Press, 2011), as well as related works co-authored and written separately.

’This is an important book on an important topic. Winer and Crimm analyze the current political morass and discord, and make smart recommendations to resolve the issues in the interest of our children and the Constitution's demands. Neither side in this polarized debate will be happy, but that is the mark of thoughtful and rational solutions. Every state legislator should read this book.’ Marci A. Hamilton, Benjamin N. Cardozo School of Law, USA ’God, Schools, and Government Funding: First Amendment Conundrums is a comprehensive and balanced analysis of the modern Supreme Court’s arduous approach to reviewing the constitutionality of school choice� programs. Delving into both the history and current debate over the public funding of private religious education, the book carefully examines the policy arguments in favor of school choice as well as the Court’s rationales for upholding its constitutionality. God, Schools, and Government Funding is an indispensable resource for anyone desiring to understand the ongoing legal and policy debate over private school choice.’ Steven K. Green, Fred H. Paulus Professor of Law; Director of the Center for Religion, Law & Democracy, Willamette University College of Law, USA ’Arguing from a staunchly separationist perspective, Professors Winer and Crimm challenge the current Court’s substantive retreat from Establishment Clause principles limiting government aid to religious schools. Their book helps to focus debate on this issue in several important ways. It provides an extensive and detailed description of a wide range of government funding mechanisms that are being employed to fund religious schools today, ranging from vouchers, to education savings accounts, to tax credits for contributions to scholarship tuition organizations, and explains the ramifications of these varied programs for taxpayer religious liberty concerns. It also explores statutory alternatives legislatures should consider in evaluating