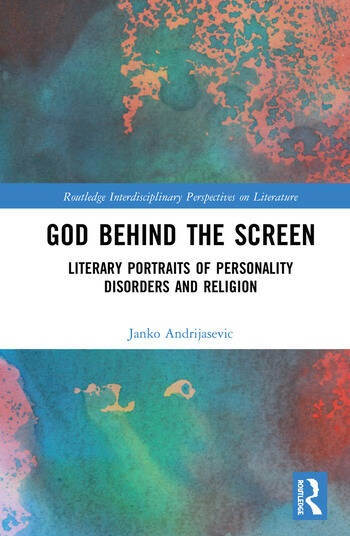 God Behind the Screen: Literary Portraits of Personality Disorders and Religion

This interdisciplinary study of literary characters sheds light on the relatively under-studied phenomenon of religious psychopathy. God Behind the Screen: Literary Portrais of Religious Psychopathy identifies and rigorously examines protagonists in works from a variety of genres, written by authors such as Aldous Huxley, Jane Austin, Sinclair Lewis, and Steven King, who are both fervently religous and suffer from a range of disorders underneath the umbrella of psychopathy.

Hustling Man of the Cloth: Elmer Gantry and Narcissistic Religiosity

A Demon Next to an Angel: Father Joseph and Masochistic Religiosity

Preacher of the Poisonwood Bible: Nathan Price and Antisocial Religiosity

Janko Andrijasevic is a Professor of English Literature at the University of Montenegro. His areas of interest include Aldous Huxley, medical humanities, spirituality and psychology in literature. He has published a monograph on religion in Aldous Huxley's work, as well as two short novels, all in Serbo-Croatian.

"Here is a well-written, insightful and deeply engaging analysis of what interests readers most: the quest for human destiny. Whether we are reading novels, poetry or books on psychology, philosophy or spirituality, the overarching project is to figure out who we are, as individuals and a species. In The God Behind the Screen we find a rich and multidisciplinary analysis to help us on our way. I found this book impossible to put down." -- Dana Sawyer, The Maine College of Art

God Behind the Screen: Literary Portraits of Personality Disorders and Religion