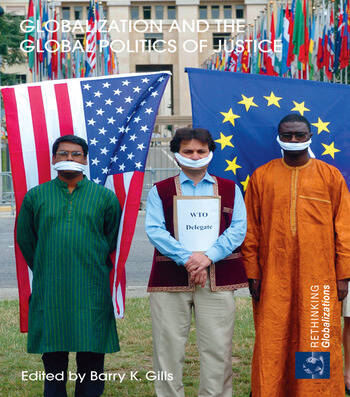 Globalization and the Global Politics of Justice

This book brings together a set of distinguished academics and activists to analyze, critique, and debate the global politics of poverty and justice and the contemporary nature of globalization.

It examines the connections between ‘really existing globalization’, global capitalism, and global poverty, and the idea of and prospects for ‘global justice’ now and in the future. Identifying continuing contradictions between the stated aims of the reigning global economic orthodoxy and the actual consequences of these policies in relation to alleviation of severe poverty and injustice, the authors engage in a lively critique of the very visible campaigns to end global poverty during the past several years and especially in 2005, the year of the make Poverty History campaign, Live8, the Africa Commission’s report, and the Gleneagles G8 summit. Contributions range from consideration of the meaning and definition of global justice, its relation to global ethics and development in both theory and practice, analysis of the new forms of global politics that challenge neoliberal globalization and global injustice, and trenchant critique of the practices and policies of some of the major organizations and agencies deeply involved in global poverty alleviation.

Globalization and the Global Politics of Justice is highly recommended for all those interested in contemporary global politics and the issue of inequality, injustice, and poverty between the North and South.

This book was previously published as a special issue of Globalizations

7. A Political Analysis of the PRSP Initiative: Social Struggles and the Organization of Persistent Relations of Inequality Heloise Weber

9. Recasting Neo-liberalism in the Americas: A Critique of the Preliminary Needs Assessment of the Millennium Development Goals in the Dominican Republic M. Martin Bosman and M. Mark Amen

11. Commentary on the Report of the Africa Commission - A Common Cause? What Cause? A Commentary on Our Common Interest: An Argument Lansana Gberie

12. African Solutions to African Problems? A Critique of Our Common Interest: An Argument Tim Kelsall

13. Commentary on the Politics of ‘Global Justice’ in 2005 - Global Poverty: A Perspective from Islamic Political Economy Sajjad Khan

15. The Myth of Charity: A 2005 Reality Check Jonathan Glennie

16. From Charity to Solidarity Nick Dearden

19. Continuity and Change: An Eyewitness Account of The World Social Forum–Caracas 2006 Elizabeth Pallister

Globalization and the Global Politics of Justice