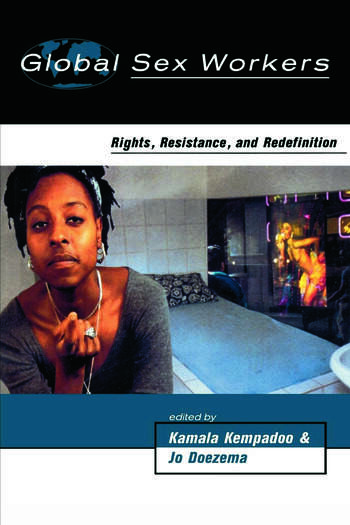 Global Sex Workers presents the personal experiences of sex workers around the world. Drawing on their individual narratives, it explores international struggles to uphold the rights of this often marginalized group.

Kamala Kempadoo is Assistant Professor Women's Studies and Sociology at the University of Colorado, Boulder. Jo Doezema is Project Officer at the Network of Sex Work Projects.

"These studies provide a wealth of information and data. The analytical chapters that precede and follow them are enlightening." -- The Progressive
"A provocative collection of essays on prostitution, by scholars, journalists, and sex workers, with a focus on developing countries along with two essays on Japan...While the authors strongly condem forced labor, they contend that law enforcement should address the question of coercion, not sexual activity itself." -- Foreign Affairs
"Few works have presented as well-rounded a view of prostitution as this volume." -- Library Journal
"Frankly, I expected this book to be depressing, if informative; it turned out to be exhilarating and educational. The international group of scholars, activists, and sex workers whose voices Kempadoo and Doezema have brought together shows us women as victims and agents of resistance, colonized bodies, and defiant minds, rejecting all received clichés about prostitution, whether the source of the cliché be academic, imperial, or (even) feminist." -- Lillian S. Robinson, co-author Night Market: Sexual Cultures and the Thai Economic Miracle
"Global Sex Workers is an important new work on the changing global politics of sex work that will shake up anyone used to thinking of women sex workers solely as victims." -- Elaine Bernard, Executive Director of the Harvard University Trade Union Program
"Global Sex Workers will expand the understanding of every reader who is willing to let sex workers and their advocates speak for themselves. This is an enormously powerful book which will shake up the global systems of discourse, sourced in Neo-Victorian moralism, which operate out of touch with, and at the expense of, sex workers real lives." -- Carol Queen, author of Real Live Nude Girls: Chronicles of Sex-Positive Culture