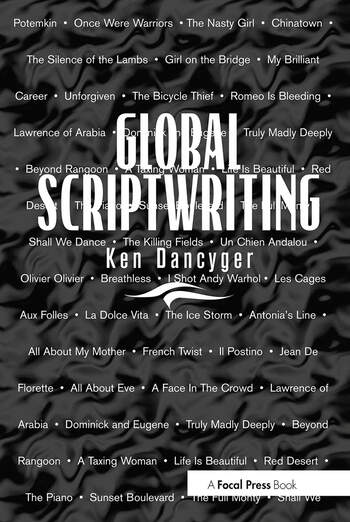 Global Scriptwriting offers a look at an exciting new phase in screen storytelling, as writers and directors from all over the world infuse traditional forms with their own cultural values to create stories that have an international appeal and suggest a universality among readers, viewers, and listeners. A unique blend of screenwriting technique and film studies, Global Scriptwriting discusses screen stories as they have evolved through the years, focusing first on the basics of scriptwriting, then going on to afford a more sophisticated look at script via different models of scriptwriting: the Hollywood model, the independent model, the national model, and various alternative models. It examines the internationalization of storytelling, and illustrates how particular innovations have helped national screen stories to international success. This book is the first to incorporate the basics of the classical form with the innovative edge of the last decade, as well the culture specific changes that have taken place outside of North America. It offers readers a view of the enriched repertoire available to writers resulting from the introduction of cultural perspectives into traditional story forms. Specific topics examined include, the ascent of voice, the search for new forms, the struggle between style and content, and the centrality of megagenre.

Part 1:The Universal Elements of Script--The Basics; Character; Structure; Form; Voice; Part 2: Particulars About Screenwriting; The Hollywood Model; The Independent Model; The National Model; New Models; Experiments in Voice; Part 3: The Internationalization of Storytelling; The Ascent of Voice; The Search for New Forms; The Struggle of Style and Content; The Media is the Message; The Centrality of Metagenre; Big Issues Plus National Stereotypes Equals International Success; The Search for the Global Tale; Appendix; Index

"Global Scriptwriting is a treat of a read, going in-depth into the many voices and stories that are told away from the meddling hand of Hollywood."-The Writer's Guild of Britain