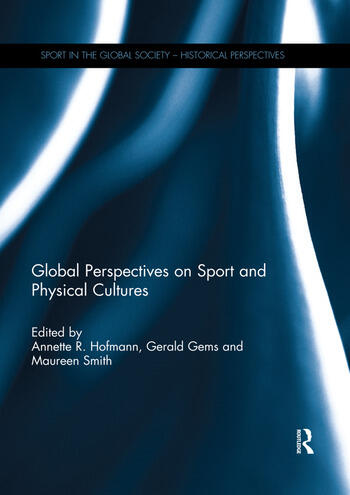 Global Perspectives of Sport and Physical Culture is a compilation of diverse essays derived from the works of prominent international scholars that address significant international issues relative to sporting practices from a historical perspective. A variety of movement cultures are examined and analysed, such as various aspects of the turner and gymnastic movements, the transnational development of dance, competitive sport, non-competitive performance, and mountaineering.

Michael Krüger´s introductory chapter sets a framework for analysis with a historiographical and philosophical treatment of modern sport as an example of nationalism, internationalism and cultural imperialism. The succeeding chapters discuss the confrontation of commercialization with national interests, the importance of gender in the construction of various movement cultures, as well as the conditions and circumstances that effect societal and cultural change. This book was previously published as a special issue of the International Journal of the History of Sport.

1. Global Perspectives on Sports and Movement Cultures: From Past to Present – Modern Sports between Nationalism, Internationalism, and Cultural Imperialism
Michael Krüger

3. Gender and Sports within the Equine Sector – A Comparative Perspective
Susanna Hedenborg

6. Climbing Beyond the Summits: Social and Global Aspects of Women’s Expeditions in the Himalayas
Martina Gugglberger

7. Diversity versus Unity: A Comparative Analysis of the Complex Roots of the World Gymnaestrada
Angela Wichmann

, Professor of Health and Physical Education at North Central College in Naperville, IL USA; past president of NASSH, current vice-president of ISHPES.