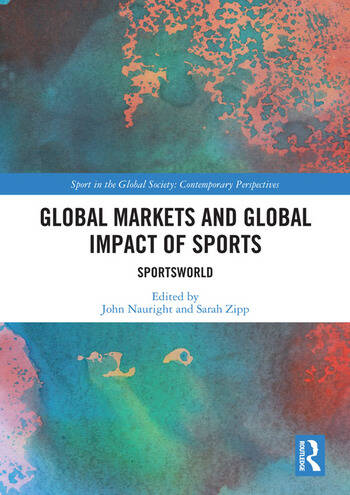 This book is a concept we use to explain the invasive and pervasive role of sport in global society and in each country around the world. From the origins of modern sports to today, sports have become more and more commercial, global, and universally understood as important parts of economies, cultures, and political debates. The 2018 thawing of relations on the Korean Peninsula, and between North Korea and the USA, can be attributed in part to the inclusive practices of the Winter Olympics; yet the Russian doping scandal and the ramifications from that suggest that a new Cold War in sport has emerged which is played out in social media as well as in diplomatic circles. Beyond the elite levels, however, sport is key to social identification and cultural capital building, and for social integration. Regardless of how we view sport, it is clear that it is a powerful social technology with the ability to transform society and influence political and economic debates.

The chapters in this book were originally published in special issues in Sport in Society.

5. Political economy and judo: the globalization of a traditional Japanese sport Yuko Ueda

8. An analysis of Glasgow’s decision to bid for the 2014 Commonwealth Games Paul Salisbury

12. Sport for development with ‘at risk’ girls in St. Lucia Sarah Zipp

John Nauright is Chair and Professor in the Department of Kinesiology, Health Promotion and Recreation at the University of North Texas, Denton, USA. He has published numerous and award-winning works on sport in global society.

Sarah Zipp is a Lecturer in Sports Studies in the Faculty of Health Science and Sport at the University of Stirling, UK. Her work focuses on gender and development in sport.