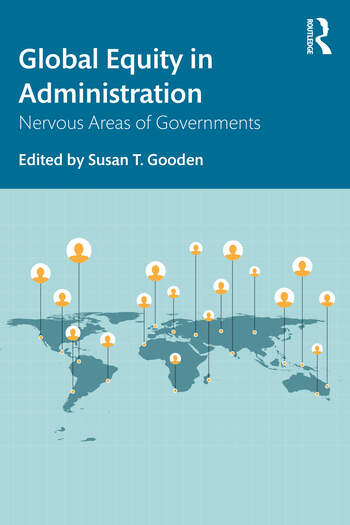 Governments around the world face the challenge of espousing principles of fairness but practicing inequity in their administration. Issues of equity and justice are fundamental concerns of government, and thus to public administrators, who constantly struggle to evaluate a country’s social climate and ensure equity in governance. Such evaluation is unlikely to occur in a serious way, however, if government actors are fundamentally too uncomfortable to directly engage the topic. The result, this book argues, is a context of 'nervousness,' which unless squarely acknowledged and addressed, can become debilitating and thwart progress toward achieving social equity. This volume explores and expands our understanding of the concept of nervousness in the administration of government services around the world, demonstrating the ways in which such an emotional and physical reaction can debilitate government actions that are needed to promote social equity and justice. Each of the chapters in this edited volume focuses on a single country and examines a specific nervous area of government, highlighting important historical and political considerations, as well as specific evidence of promising progress. It considers the complexity of nervous areas of governments around the world, while identifying encouraging approaches and initiatives. Global Equity in Administration is required reading for all practicing and aspiring public servants concerned with fair and equitable provision of public services around the world.

Susan T. Gooden is interim dean and professor of the L. Douglas Wilder School of Government and Public Affairs at Virginia Commonwealth University. She is an internationally recognized expert on social equity. Gooden is an elected fellow of the congressionally chartered National Academy of Public Administration and is past president of the American Society for Public Administration. Her books include Why Research Methods Matter; Race and Social Equity: A Nervous Area of Government; and Cultural Competency for Public Administrators. Her research has been funded by several organizations including the Russell Sage Foundation, the Kellogg Foundation, the Smith Richardson Foundation, MDRC, and the Manhattan Institute for Policy Research.