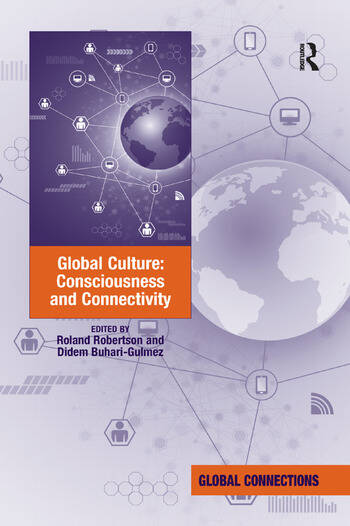 The current discourse of globalization is overwhelmingly centred upon the interconnectedness, or connectivity, of the contemporary world; to the great neglect of the issues of global culture and global consciousness. With contemporary worldwide culture increasingly characterized by such themes as astronomy, cosmology, space travel and exploration, there is an increasing disjuncture between academic concern with connectivity, on the one hand, and culture and consciousness of the place of planet earth in the cosmos as a whole, on the other. This book addresses this deficiency from a variety of closely related perspectives, presenting studies of religion, science, sport, international organizations, global resistance movements and migrations and developments in East Asia. It brings together the latest theoretical empirical work from scholars in the US, UK, Australia, Japan, China and Israel on the significance of culture and global consciousness. As such, Global Culture: Consciousness and Connectivity will be of great interest to scholars across and beyond the social sciences working in the areas of global studies, cultural studies, social theory, the sociology of religion and related issues.

Roland Robertson is Distinguished Professor of Sociology Emeritus at the University of Pittsburgh, USA and Emeritus Professor of Sociology and Global Society at the University of Aberdeen, UK. He is the author of Globalization: Social Theory and Global Culture; The Sociological Interpretation of Religion; Meaning and Change: Explorations in the Cultural Sociology of Modern Societies; and co-author of International Systems and the Modernization of Societies; Deviance, Crime and Socio-Legal Control: Comparative Perspectives; and Globalization and Football. He is editor of Sociology of Religion: Selected Readings and European Glocalization in Global Context. He is co-editor of Encyclopedia of Globalization (4 vols.); Global Modernities; Globalization: Critical Concepts in Sociology (6 vols.); Globalization and Sport; Church-State Relations: Tensions and Transitions; Religion and Global Order; Identity and Authority: Explorations in the Theory of Society; Talcott Parsons: Theorist of Modernity; and European Cosmopolitanism in Question. Didem Buhari-Gulmez is a Lecturer in International Relations at Istanbul Kemerburgaz University. She was previously a postdoctoral visiting fellow at London School of Economics and Political Science, European Institute (Research on South Eastern Europe) sponsored by TUBITAK. She taught at Oxford Brookes University and Royal Holloway, University of London. She has published on World Society theory, Europeanization studies, and Turkish politics at various journals, including International Political Sociology, New Global Studies, Southeast European and Black Sea Studies, European Union Studies Association Review, and Journal of Contemporary European Studies.

’Robertson and Buhari-Gulmez have put together impressive analyses of the cultural dimensions of contemporary globalization, which has usually been seen in economic terms. The chapters creatively treat global homogenization as intertwined with local adaptation, often employing Robertson’s well-known concept glocalization�. The book will be very useful for anyone concerned with worldwide cultural developments.’ John W. Meyer, Stanford University, USA