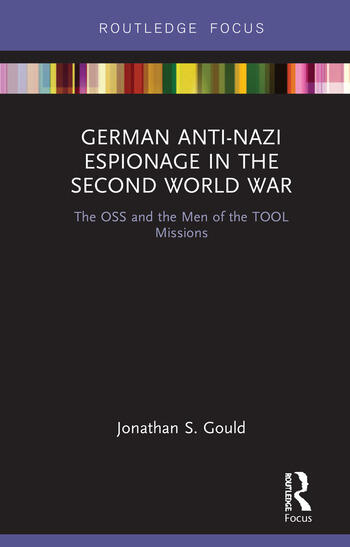 German Anti-Nazi Espionage in the Second World War: The OSS and the Men of the TOOL Missions

This book tells the dramatic story of the recruitment and training of a group of German communist exiles by the London office of the Office of Strategic Services for key spy missions into Nazi Germany during the final months of World War II. The book chronicles their stand against the rise of Hitler in 1930s that caused them to flee Germany for Czechoslovakia and then England where they resettled and awaited an opportunity to get back into the war against the Nazis.

That chance would arrive in late 1944 when the OSS recruited them for these important missions which became part of the historic German Penetration Campaign. Some of the German exiles carried out successful missions that provided key military intelligence to the Allied armies advancing into Germany while others suffered untimely deaths immediately upon the dispatch of their missions that still raise troubling issues.

And based on declassified East German government files, this book also reveals that notwithstanding the US military alliance with the Soviet Union, a few of the German communist exiles betrayed the trust that the OSS had placed in them by working with a secret spy network in England that enabled its agents to receive top secret mission related information and OSS sources and methods. That spy network was run by the GRU, the Red Army military intelligence service. This is the same intelligence service that has just been cited by US law enforcement officers as having hacked into computers run by the Democratic National Committee and launched a social media campaign in order to influence the outcome of the 2016 U.S. presidential election.

While the dual loyalties of the German exiles later became known to the United States military, such knowledge did not prevent it from posthumously awarding military decorations to the men who led these missions. Until that day, no German national had ever been presented with such medals for their service to the Allied armies in World War II.

The Hammer Mission and the GRU

Mission into Landshut: The Triumph of the Pickaxe Mission

Gone Too Soon: The Courageous Life and Tragic Death of Kurt Gruber

Still Missing: The Story of Werner Fischer and the Ill-Fated Buzzsaw Mission

Conflict of Loyalties: The Mallet Mission

Jonathan S. Gould is a former New York City schoolteacher and curriculum writer. He is now an attorney admitted to practice law in the federal and state courts of New York specializing in commercial litigation.

German Anti-Nazi Espionage in the Second World War: The OSS and the Men of the TOOL Missions