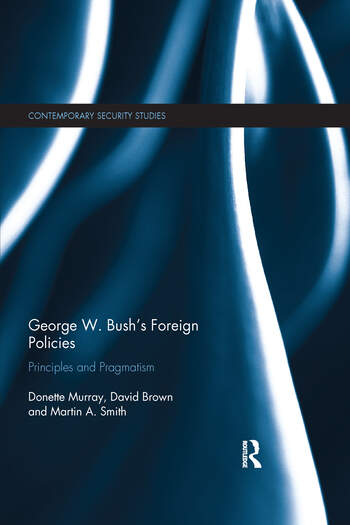 It is not designed to offer an evaluation of the totality of George W. Bush’s foreign policy. Instead, the analysis will focus on the key aspects of his foreign and security policy record, in each case considering the interplay between principle and pragmatism. The underpinning contention here is that policy formulation and implementation across Bush’s two terms can more usefully be analysed in terms of shades of grey, rather than the black and white hues in which it has often been painted. Thus, in some key policy areas it will be seen that the overall record was more pragmatic and successful than his many critics have been prepared to give him credit for. The president and his advisers were sometimes prepared to alter and amend their policy direction, on occasion significantly. Context and personalities, interpersonal and interagency, both played a role here. Where these came together most visibly – for instance in connection with dual impasses over Iraq and Iran – exigencies on the ground sometimes found expression in personnel changes. In turn, the changing fortunes of Bush’s first term principals presaged policy changes in his second. What emerges from a more detached study of key aspects of the Bush administration – during a complicated and challenging period in the United States’ post-Cold War history, marked by the dramatic emergence of international Islamist terrorism as the dominant international security threat – is a more complex picture than any generalization can ever hope to sustain, regardless of how often it is repeated.

This book will be of much interest to students of US foreign policy, international politics and security studies.

4. US Relations with China

5. US Relations with Russia

6. The Global War on Terror

7. Afghanistan: A Different Kind of War

is Senior Lecturer at the Royal Military Academy Sandhurst.

is Senior Lecturer at the Royal Military Academy Sandhurst. 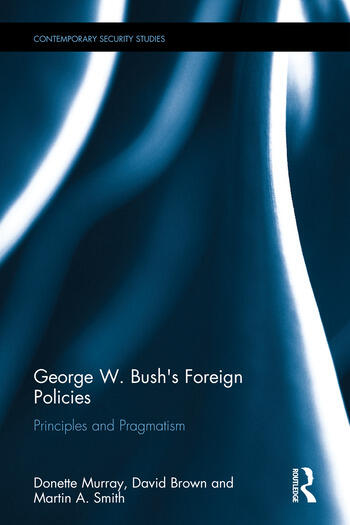