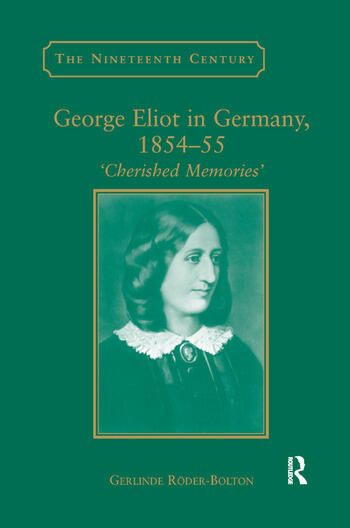 From 1854 to 1855, George Eliot spent eight months in Germany, a period that marked the start of her life with George Lewes. Though Eliot documented this journey more extensively than any other, it has remained an under-researched part of Eliot's biography. In her meticulously documented and engaging book, Gerlinde RÃ¶der-Bolton draws on Eliot's own writings, as well as on extensive original research in German archives and libraries, to provide the most thorough account yet published of the couple's visit. Rich in historical, social, and cultural detail, George Eliot in Germany, 1854-55 not only records the couple's travels but supplies a context for their encounters with people and places. In the process, RÃ¶der-Bolton shows how the crossing of geographical boundaries may be read as symbolic of Eliot's transition from single woman to social outcast and from translator and critic to writer of fiction.

Gerlinde RÃ¶der-Bolton is Senior Lecturer in the School of Arts, University of Surrey, Guildford, Surrey, UK.

'In her meticulously documented and engaging book, Gerlinde RÃ¶der-Bolton draws on Eliot's own writings, as well as on extensive original research in German archives and libraries, to provide the most thorough account yet published of the couple's visit. Rich in historical, social and cultural detail...' BAVS Newsletter 'What has not been told in detail by biographers of George Eliot [...] is the story of the social, cultural, and political world she and Lewes engaged with during their eight-month stay in Germany. Gerlinde RÃ¶der-Bolton fills this gap with her interesting study of the places connected with Goethe [...] which the English couple visited in search of Goethe-related material.' Times Literary Supplement ’RÃ¶der-Bolton's informed descriptions catch the exact spirit of the journal entries on which she bases her observations. Because most biographies have represented this period by focusing on the effects of the couple's defiant elopement back home in England, rather than on what they were doing in Germany, her chapters on the salons and 'The Art and Artists of Berlin' fruitfully expand a previously under-imagined period in Eliot's life.' Victorian Studies '[An] excellent book.' George Eliot-George Henry Lewes Studies 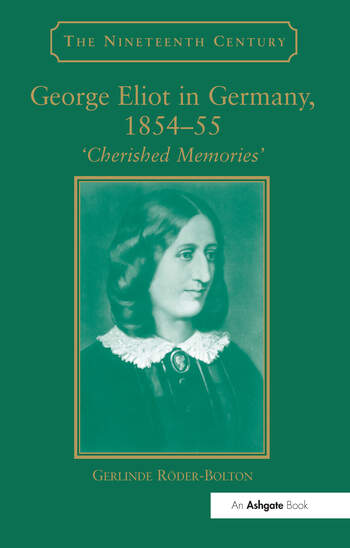