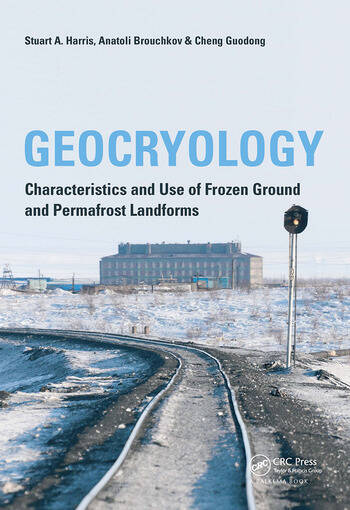 Geocryology: Characteristics and Use of Frozen Ground and Permafrost Landforms

This book provides a general survey of Geocryology, which is the study of frozen ground called permafrost. Frozen ground is the product of cold climates as well as a variety of environmental factors. Its major characteristic is the accumulation of large quantities of ice which may exceed 90% by volume. Soil water changing to ice results in ground heaving, while thawing of this ice produces ground subsidence often accompanied by soil flowage. Permafrost is very susceptible to changes in weather and climate as well as to changes in the microenvironment. Cold weather produces contraction of the ground, resulting in cracking of the soil as well as breakup of concrete, rock, etc. Thus permafrost regions have unique landforms and processes not found in warmer lands.

The book is divided into three parts. Part 1 provides an introduction to the characteristics of permafrost. Four chapters deal with its definition and characteristics, the unique processes operating there, the factors affecting it, and its general distribution. Part 2 consists of seven chapters describing the characteristic landforms unique to these areas and the processes involved in their formation. Part 3 discusses the special problems encountered by engineers in construction projects including settlements, roads and railways, the oil and gas industry, mining, and the agricultural and forest industries.

The three authors represent three countries and three language groups, and together have over 120 years of experience of working in permafrost areas throughout the world. The book contains over 300 illustrations and photographs, and includes an extensive bibliography in order to introduce the interested reader to the large current literature.

Finalist of the 2019 PROSE Awards.

Part I Introduction and characteristics of permafrost

12 The mechanics of frozen soils
12.1 Introduction
12.2 Strains and stresses in the freezing and thawing of soils resulting in frost heaving
12.3 Rheological processes
12.4 Frost susceptibility

Stuart Arthur Harris was born in 1931, in Cheltenham, England. He earned the degrees of B. Sc. (Honours), M.Sc. and Ph.D. in Geology and D.Sc. in Geography from Queen Mary University, University of London. During his National Service, he advised the Chief Engineers Branch, British Troops Egypt and the Arab Legion Engineers in Jordan, solving problems in geology, water supply and engineering. Subsequently, he was a soil surveyor for the consulting firm, Hunting Technical Services, before becoming Government Soil Surveyor in Guyana. He taught in the geography Departments of the University of Chicago, Wilfred Laurier University, and the University of Kansas before joining the University of Calgary in 1969. The National Research Council of Canada asked him to study the relationship of climate to permafrost in 1973, and he mapped the permafrost distribution from Northern New Mexico to Inuvik, Northwest Territories. Subsequently, he carried out detailed studies of the permafrost landforms and processes in northwest Canada, as well as on the Tibetan Plateau, China. He has carried out field work in Iceland, the Alps, Poland, Russia, China, Mongolia, New Zealand and Kazakhstan, publishing over 200 papers, books and reports. The Russian Geographical Society awarded him the Nikolai Mihailovich Prjevalsky Medal for his research on Alpine permafrost in 1996. He has also organised three International Field Trips in the Rocky Mountains for overseas scientists in connection with International meetings in Canada.

Professor Anatoli Brouchkov was born April 18, 1957 and raised in Khatanga of Arctic Siberia. He obtained his Ph.D and D.Sc degrees from the Geocryology Department of Geology Faculty of Lomonosov Moscow State University, studying under the tutelage of some of the recent famous Russian permafrost scientists such as V.A. Kudryavtsev, S.S. Vyalov, E. D. Yershov and N. N. Romanovski. Over the years, he has run a geocryological laboratory for the Russian Academy of Sciences as well as an underground permafrost laboratory in Amderma, involving research all over the Russian Arctic. He has specialized in the study of the effects of salinity on the properties of frozen ground and the effects of climate change on permafrost. He has also carried out a research on the survival of microorganisms in permafrost. In addition, he has acted as a geocryological consultant to Gazprom and other Russian and international companies, and a permafrost expert for World Meteorological Organization. He was a professor at Hokkaido University (Japan, 2001–2004) and Tyumen State University (since 2005), publishing over 150 papers and books. In 2010, he succeeded the late Edward Yershov as Professor and Head of the Geocryology Department of Moscow State University.

Academician Cheng Guodong was born in 1943 in Shanghai, China. He earned his B.Sc. at Beijing Geology College (China University of Geosciences), and carried out fundamental research in the CREEL laboratories at Hanover, New Hampshire, before returning to China. Guodong became an Academician of the Chinese Academy of Sciences in 1993. He was responsible for reorganizing the Institute of Glaciology and Geocryology of the Chinese Academy of Sciences to form the Cold and Arid Regions Environmental and Engineering Research Institute. He has led the research very successfully, thus enabling the modernization of the construction techniques in the permafrost areas of China during the last 15 years. One of his most important achievements was the development of the most effective methods of cooling the beds of linear transportation routes using blocks of rock. He has written eight books, and his name appears below the title of numerous papers dealing with the use of permafrost lands. He has received many awards in China, as well as being the recipient of one of the first three IPA Lifetime Achievement awards by the International Permafrost Association.

"[This book] should be of interest to a wide range of scientists concerned with the Earth, environmental and ecological sciences, including those specialising in the Holocene.

Stuart Harris and his co-authors provide a[...] comprehensive survey of the closely related field of geocryology. This is defined as the study of frozen ground, especially permafrost. Their book also includes the characteristics, processes, landforms and environmental factors affecting frozen ground, to which they add a wide variety of practical problems encountered by engineers and others who attempt to occupy and use permafrost terrain.

Part III of Geocryology is a superb demonstration, in the context of geocryology, of the intimate, reciprocal relationship that can exist between pure and applied science. Much of the detailed information and theoretical knowledge that underpins present understanding of frozen ground was developed hand in hand with relatively recent attempts to live in and exploit the resources available in permafrost areas."

"With three co-authors who come from different countries to share their research experience and expertise, this book makes available geocryological information not published originally in the English language. As expected, the book is well endowed with case studies and illustrative examples taken mostly from northern Canada, Alaska, Siberia, and Tibet in China. These are a major attraction of this publication.

Overall, it is comprehensive and places geomorphology and geotechnical engineering under a single cover. As cold regions in general, and circumpolar areas in particular, are highly sensitive to changes due to natural and human-related causes, this book offers materials valuable to understanding and confronting present and future environmental changes. Without rendering quantitative treatment on many topics (except Chapter 12 on soil mechanics), the descriptive approach makes the book easily accessible to a general readership, and it will appeal to undergraduate students who are not mathematically inclined. Those who wish to pursue specific topics at greater depth can consult relevant articles listed in the very extensive bibliography, which covers 119 pages."

"Overall, therefore, I found the book to be partially successful in its purpose. It does provide a welcome survey of modern geocryology, at least on a descriptive basis, but lacks rigor in terms of providing mechanistic understanding of processes and modeling. I recommend the book to university students, academics, consultant engineers and land managers because it makes a substantial contribution to the study of permafrost. By focusing on geocryological description, it complements the lucid summary of geocryological processes by Peter Williams and Michael Smith." 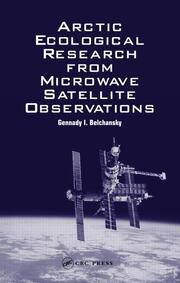 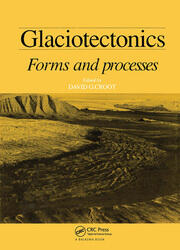 Permafrost: Proceedings of the 8th International Conference on Permafrost 2003 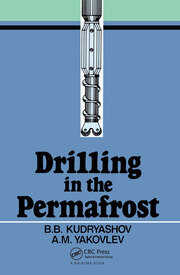 Geocryology: Characteristics and Use of Frozen Ground and Permafrost Landforms