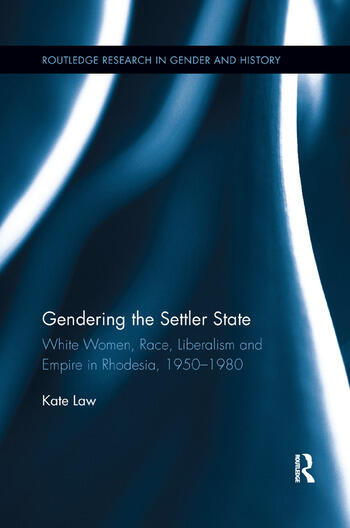 White women cut an ambivalent figure in the transnational history of the British Empire. They tend to be remembered as malicious harridans personifying the worst excesses of colonialism, as vacuous fusspots, whose lives were punctuated by a series of frivolous pastimes, or as casualties of patriarchy, constrained by male actions and gendered ideologies. This book, which places itself amongst other "new imperial histories", argues that the reality of the situation, is of course, much more intricate and complex. Focusing on post-war colonial Rhodesia, Gendering the Settler State provides a fine-grained analysis of the role(s) of white women in the colonial enterprise, arguing that they held ambiguous and inconsistent views on a variety of issues including liberalism, gender, race and colonialism.

Kate Law is a women’s, gender and empire historian who specialises in twentieth-century sub-Saharan African history. She is currently a lecturer in Gender Studies in the centre for Africa studies at the University of the Free State, South Africa.