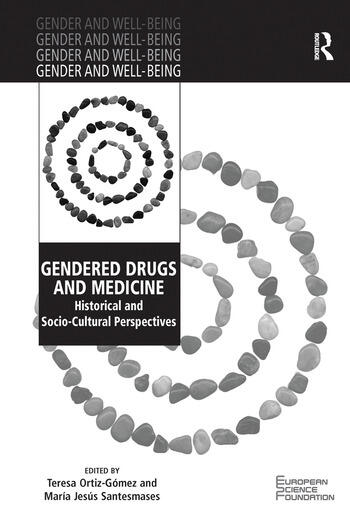 Drugs are considered to be healers and harmers, wonder substances and knowledge makers; objects that impact on social hierarchies, health practices and public policies. As a collective endeavour, this book focuses on the ways that gender, along with race/ethnicity and class, influence the design, standardisation and circulation of drugs throughout several highly medicalised countries throughout the twentieth century and until the twenty-first. Fourteen authors from different European and non-European countries analyse the extent to which the dominant ideas and values surrounding masculinity and femininity have contributed to shape the research, prescription and use of drugs by women and men within particular social and cultural contexts. New and lesser-known, gender-specific issues in lifestyles and social practices associated with pharmaceutical technologies are analysed, as is the manner in which they intervene in life experiences such as reproduction, sexual desire, childbirth, depression and happiness. The processes of prescribing, selling, marketing and accepting or forbidding drugs is also examined, as is the contribution of gendered medical practices to the medicalisation and growing consumption of drugs by women. Gender relations and other hierarchies are involved as both causes and consequences of drug cultures, and of the history and social life of gender in contemporary drug production, use and consumption. A network of agents emerges from this book’s research, contributing to a better understanding of both gender and drugs within our society.

’The essays in this volume inject a much-needed dose of gendered analysis into the historical study of pharmaceuticals by focusing on women as agents in the production and consumption of drugs as both material entities and cultural symbols. The collective result is a rich portrait of how gender has shaped scientific research, medical practice, commercial markets, and public perceptions.’ Elizabeth Siegel Watkins, University of California, San Francisco, USA ’Gendered Drugs and Medicine recovers the diverse ways women have produced, consumed, demanded, and administered pharmaceuticals. If prescribing drugs has often entailed prescribing gender, these authors also explore the complex and subversive side-effects of managing health and sexuality through pills. This is an innovative collection on a topic of global significance.’ Angela N.H. Creager, Princeton University, USA