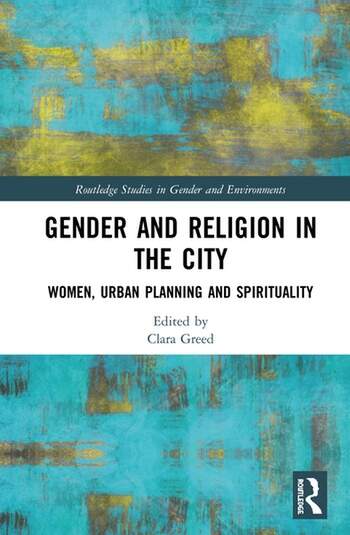 Gender and Religion in the City: Women, Urban Planning and Spirituality

This book provides a conceptual, historical and contemporary context to the relationships between gender, religion and cities.

It draws together these three components to provide an innovative view of how religion and gender interact and affect urban form and city planning. While there have been many books that deal with religion and cities; gender and cities; and gender and religion, this book is unique in bringing these three subjects together. This trio of inter-relationships is first explored within Western Christianity: in Roman Catholicism, Protestantism, Eastern Orthodoxy and in the Pentecostal and Charismatic movements. A wider perspective is then provided in chapters on the ways in which Islam shapes urban development and influences the position of Muslim women in urban space. While official religions have declined in the West there is still a desire for new forms of spirituality, and this is discussed in chapters on municipal spirituality and on the rise of paganism and the links to both environmentalism and feminism. Finally, ways of taking into account both gender and religion within the statutory urban planning system are presented.

This book will be of great interest to those researching environment and gender, urban planning and sustainability, human geography and religion.

2. The Post Secular City: Site of Emancipation or False Dawn

3. An Overview of Catholic Christianity and Women and Space: Past and Present

4. Spaces of Inter-faith Dialogue between Protestant and Muslim Communities in Germany Petra Kuppinger

5. Praying in Plain Sight: Women in the Public Realm in a Greek Orthodox Cypriot City Anna Papadopoulou with Juliet Davis

7. Islamic and Christian Cities during the Medieval Period: Iberia and North Africa

8. Women in the Muslim City: with Reference to Nablus Palestine

10. Postsecular Urbanism and the Hidden Values of Gendered Spaces

11. Neo- Paganisms, ‘Dark Green Religion’ and what the Divine Feminine might mean for Planning

12. The Planning System and Places of Worship in Relation to the Anglican church

13. A Woman Faith Practitioner’s Experience in the UK Night-Time Economy

14. Faith, Gender and the Planning System in the UK

15. Planning for Religion: As if it Really Mattered

Clara Greed is Emerita Professor of Inclusive Urban Planning at the University of the West of England, Bristol, UK. She is the author/editor of over 12 books, including, Women and Planning: Creating Gendered Realities (1994), Planning in the UK: An Introduction (2014), Inclusive Urban Design: Public Toilets (Routledge, 2003).

Gender and Religion in the City: Women, Urban Planning and Spirituality