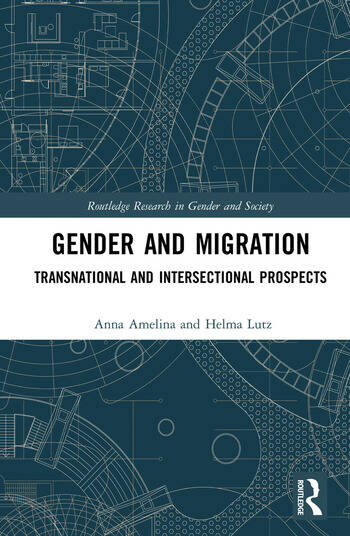 From its beginnings in the 1970s and 1980s, interest in the topic of gender and migration has grown. Gender and Migration seeks to introduce the most relevant sociological theories of gender relations and migration that consider ongoing transnationalization processes, at the beginning of the third millennium. These include intersectionality, queer studies, social inequality theory and the theory of transnational migration and citizenship; all of which are brought together and illustrated by means of various empirical examples.

With its explicit focus on the gendered structures of migration-sending and migration-receiving countries, Gender and Migration builds on the most current conceptual tool of gender studies—intersectionality—which calls for collective research on gender with analysis of class, ethnicity/race, sexuality, age and other axes of inequality in the context of transnational migration and mobility. The book also includes descriptions of a number of recommended films that illustrate transnational migrant masculinities and femininities within and outside of Europe.

A refreshing attempt to bring in considerations of queer theory and sexual identity in the area of gender migration studies, this insightful volume will appeal to students and researchers interested in fields such as sociology, social anthropology, political science, intersectional studies and transnational migration.

1. Gender Relations and Migration: Introduction to the Current State of the Debate (Helma Lutz)

1.1 The Social Construction of Gender

1.2 Intersectionality: Gender and Its Interdependence with Other Social Markers

1.4 Gender in the Migration Process: Between (In)visibility and Dramatization

2.1 Gender and Social Inequality: The Challenges of Migration Research

2.3 The Neoclassical Approach and World-Systems Theory: Analyzing International Migration in a Globalized Context

2.4 The Transnational Perspective in Migration Research and Gender-Sensitive Inequality Analysis

2.5 The Interplay of Gender, Ethnicity/Race, and Class from a Transnational Perspective

3.3 Studies of Intersectionality: Analyzing the Interplay of Migration and Gender

4.4 Transnational Families between Stigmatization and Recognition

4.5 The Intersection of Regimes of Gender, Care/Welfare, and Migration

4.6 Conclusion: The Redistribution of Social Inequality

5. The Changing Face of Citizenship: From the National Model to the Transnational and Intersectional Approaches

5.2 Transnationally Oriented Citizenship Studies: Citizenship in the Process of Deterritorialization

5.4 "The Limits of Gendered Citizenship": The Intersectional Perspective in Citizenship Research

6.2. A Proposal for Gender-Sensitive Migration Research: Summary of Chapter 1

6.3 Deconstructing Classical Migration Research from the Perspectives of Gender and Transnational Studies: Summary of Chapter 2

6.6. Citizenship Theories beyond the National Paradigm: Summary of Chapter 5

Anna Amelina is Professor of Intercultural Studies at the Brandenburg University of Technology Cottbus–Senftenberg, Germany.

is Professor of Gender Studies at the Goethe-University of Frankfurt, Germany.