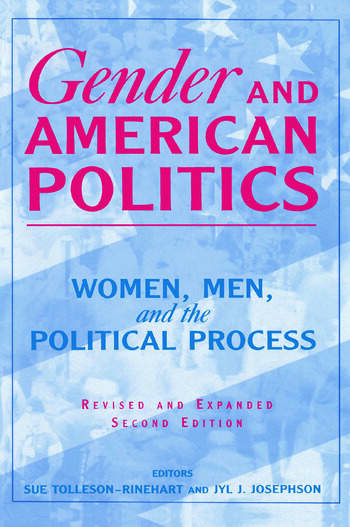 Gender and American Politics: Women, Men and the Political Process

Studies of gender and American political life most often focus only on women. This book fills the gap by examining and comparing the roles and behavior of both men and women in political decision-making, public policy, and political institutions. Now updated and expanded, the book presents a full complement of empirical studies of real and imagined gender gaps. New to this edition are chapters on the media, legislative behavior, foreign policy, and the future of the gender dimension in American politics. The book is structured to parallel the typical course on the American political system.

Gender and American Politics: Women, Men and the Political Process